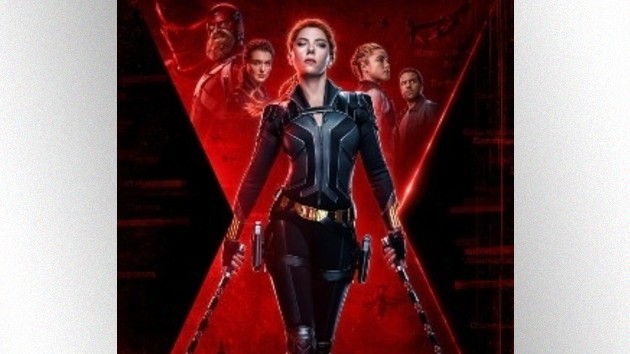 (LOS ANGELES) — Marvel fans, rejoice! You’ll finally get to see Scarlett Johansson in action again as Natasha Romanoff on July 9.  The pandemic-delayed stand-alone Black Widow film will be released simultaneously in theaters and on Disney+ Premiere Access on that date.

The film was initially supposed to debut May 1, 2020, before it was bumped further in the year, and then ultimately moved to 2021 — but its debut date had remained a mystery to Marvel movie fans until now.

Marvel Studios’ parent company, Disney, made the announcement Tuesday afternoon, and also revealed that on May 28, the live-action 101 Dalmatians prequel Cruella — starring Emma Stone in the title role — will get a theatrical/Disney+ Premiere Access debut.

Furthermore, it was announced that Disney/Pixar’s Luca will debut exclusively on Disney+ on June 18.

The announcement comes on the heels of the successful simultaneous theatrical/Premiere Plus releases of Disney’s Mulan last year, and recently, the animated Raya and the Last Dragon.

He added, “By leveraging a flexible distribution strategy in a dynamic marketplace that is beginning to recover from the global pandemic, we will continue to employ the best options to deliver The Walt Disney Company’s unparalleled storytelling to fans and families around the world.”

Disney is the parent company of ABC Audio & ABC News.