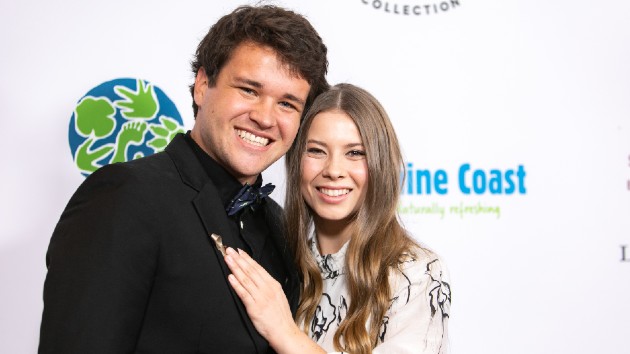 (LOS ANGELES) — Bindi Irwin and Chandler Powell are still narrowing down what to name their baby girl, who is due very soon — but the child does have a special nickname that honors Bindi’s late father, Steve Irwin.

In a recent interview with The Bump, Bindi revealed that her soon-to-be bundle of joy has been dubbed “Wildlife Warrior.”

Continues the 22-year-old television personality, “I know in my heart that she will forge her own path to make our planet a better place.”

As for what she and Powell plan to name their little one, Bindi confessed, “We are waiting to meet her before we decide on a name.”

“We want to hold her and make sure the name that we choose fits her perfectly. We have been looking through family history on both my side and Chandler’s side for family name inspiration,” she added. “Once she arrives I think we’ll know exactly what to name her.”

Bindi revealed that thinking of baby names isn’t the only activity her family has been doing — her mother, Terri Irwin, spent some time deciding if she wanted to be called “grandma” or something else entirely.

“We spent a long time searching for grandma names that also had an animal link. We decided that she’s going to be called ‘Bunny,"” she said, saying the name not only honors the animal but a neighbor Terri knew while growing up in Oregon.

As for Bindi’s brother, Robert, he’s “calling himself the ‘funcle’ which means fun uncle. I love it!”