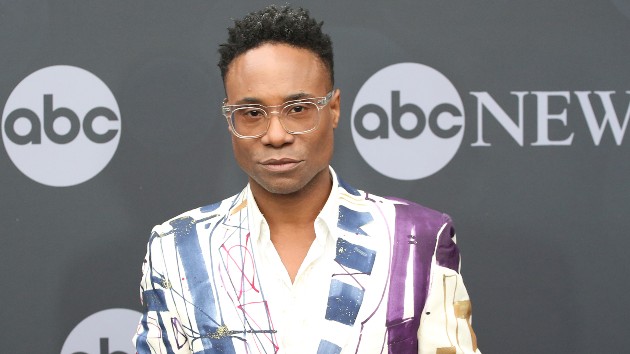 Billy Porter reflected on being marginalized by his peers in his early acting days.

Speaking with Uzo Aduba as part of Variety’s Actors on Actors series, Porter recalled the production that opened his eyes that “there was nothing for us.”

“It was Angels in America in 1994,” the Pose star explained. “I just wept the whole time, looking at Jeffrey Wright play the character of Belize. No shade — he was fabulous. But a straight Black man… Playing the one part that I could get. Because no one respected me as an actor enough to be straight.”

“I was marginalized for my queerness,” lamented Porter. “So I watched this play, and it was the first time that I had ever seen a real representation of me reflected back at me. A Black queer man.”

“He’s a supporting character. However, he’s the moral compass of this play. He’s not the butt of the joke. He’s not the one that’s vilified. Nobody’s beating him up,” explained the Tony Award-winner.

Porter said he was in a local production of Grease at the same time, playing Teen Angel, but wore a demeaning outfit and sang a gospel-version of “Beauty School Dropout.”

“I was not happy at all. It was not what I came here for at all. I did not show up in this business to be a clown,” he remarked.

“Knowing where your voice naturally sits, but never getting the opportunity to ever sing, because what comes from your body, the package from which it comes, was not yet understood,” she noted.

Aduba closed, “For me, the job is not to try to find a space for myself within the thing. I’m carving out my own space.”