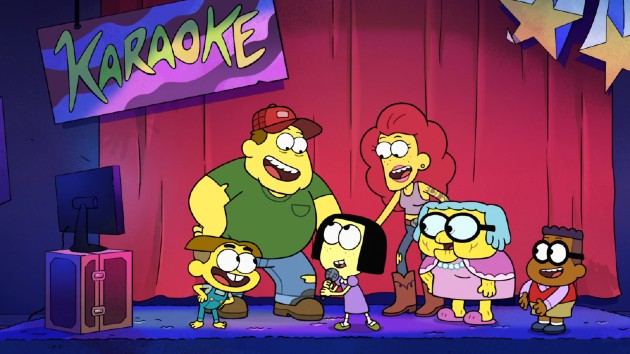 In Saturday’s 11-minute episode, titled “Okay Karaoke,” creators and brothers Chris and Shane Houghton have packed in five original songs, each suited to the different members of the Green clan. There’s even a guest voice appearance by singer Macy Gray.

“It’s like it’s a Big City Greens mixtape,” Shane tells ABC Audio. “There’s all these different genres and all these different vibes to the songs, and it’s…all of the songs are based on the characters’ personalities, which was a really fun challenge for us in the writers’ room, talking about kind of who would listen to what and why.”

The series is currently in its second season and has already been picked up for season three, with Chris, Shane and their entire crew of writers and animators continuing to work remotely during the pandemic. Despite the many changes to their production, they’ve made the decision to keep the Green family’s world COVID-free.

“Yes, I’m happy to report Big City is the city we all want to live in right now,” Chris says. “It is open and people are having a great time and we’re just living in that world for a little while.”

Ahead of the new music-filled episode, the Big City Greens: Don’t Think, Just Sing! digital soundtrack, featuring all the songs from the episode, is available today via Walt Disney Records.