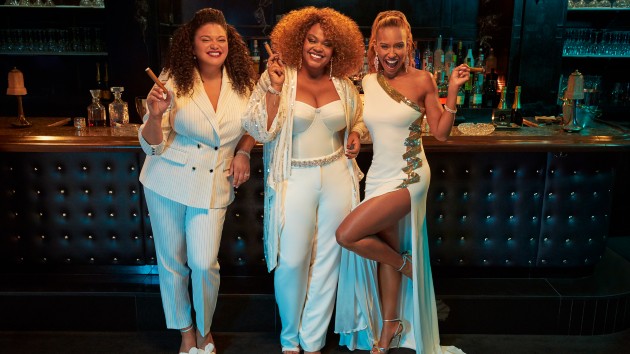 Just in time for the Mother’s Day, BET+ has curated a list of shows and films to watch on Sunday that celebrate some of their favorite on-screen mothers.

On First Wives Club, Michelle Buteau stars as Bree, the wildcard of her friend group. As an orthopedic surgeon, Bree is the breadwinner of her family, but she’s also learning to balance her career, family and relationship with her husband. Season one of First Wives Club is now available to watch.

BET’s also offering the comedy series The Parkers, which originally aired on UPN from 1999-2004. Comedian Mo’Nique plays Nikki, a teenage mother who, now as an adult, decides to join her daughter as a student in junior college.

Another funny mom to watch with the family is Cassi Davis, who stars as Ella in Tyler Perry’s House of Payne. Known as the voice of reason, Ella is always giving her children advice and keeping the family together. Season eight premieres on May 25, with House of Payne’s previous seasons streaming now on BET+.

Finally, the trash-talking, face-slapping, momma with an attitude, Madea, is also a matriarch to watch this Sunday. Based on Tyler Perry’s mother and aunt, Madea, who’s famously played by Perry, Madea’s starred in multiple films, including Madea’s Family Reunion, Madea’s Class Reunion, Madea Goes to Jail, and A Madea Christmas, to name a few. Watch the Madea line-up now on BET+.