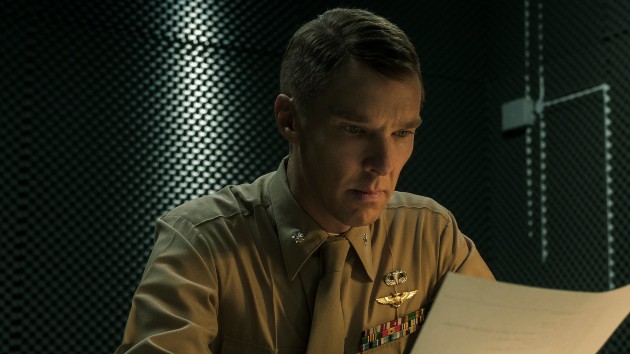 (LONDON) — Benedict Cumberbatch is taking a closer look at the mysterious sickness that left him nearly incapacitated in 2019.  After going over his symptoms, the Doctor Strange star now believes he was among the first people to contract COVID-19.

“I was incredibly ill,” Cumberbatch recalled to The Independent on Saturday, “to the point that when all this COVID stuff suddenly broke in the new year.”

After reading reports about the pandemic, the 44-year-old expressed concern that he could have contributed to the outbreak, telling the publication, “I was thinking, ‘Oh my god was I actually patient zero."”

The British actor had flown to South Africa toward the end of 2019 to film his new movie The Mauritanian when he was struck by the mysterious illness.

“I was so ill – it was borderline pneumonia,” he described, saying he powered through the sickness to complete filming despite “throwing up between takes.”

Cumberbatch says, illness aside, working on The Mauritanian opened his eyes about Guantanamo Bay, the U.S. military prison near Cuba that was established after the 9/11 attacks to house terrorism suspects.

After filming the movie, which is based off the memoir Guantanamo Diary written by former detainee Mohamedou Ould Slahi, Cumberbatch says he is joining the efforts to have the detainment center shut down.

Slahi — played by Tahar Rahim in the film — was accused of helping organize the 9/11 attacks and was incarcerated for 14 years, without charge, before being released in October 2016.

Cumberbatch said he plans to reach out to President Joe Biden, who said he is open to shuttering Guantanamo.

“I’m going to plead with the guy. It is a huge spend. It’s the most expensive prison on earth,” said the Sherlock star. “I feel quite strongly that Guantanamo doesn’t have a place in our world.”

Marvel Studios Animation at San Diego Comic-Con: everything that was revealed

“I think I was embarrassed”: Witney Carson hid cancer surgery from ‘Dancing with the Stars’ producers