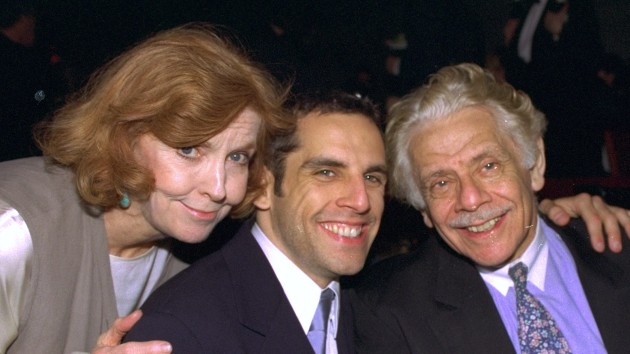 Ben Stiller is facing social media backlash for defending the growing trend of children following in the footsteps of their Hollywood A-list parents.

Stiller, the son of legendary comedians Jerry Stiller and Anne Meara, took issue with producer Franklin Leonard sarcastically tweeting, “Hollywood’s a meritocracy, right?” in response to a report that an upcoming project titled The Rightway, that’s set to be directed by Steven Spielberg’s daughter, Destry, and was written by Stephen King’s son, Owen.  Sean Penn’s son, Hopper is also set to star in the short film, according to Deadline.

“Too easy @franklinleonard. People, working, creating. Everyone has their path. Wish them all the best,” Stiller tweeted in response.

“Just speaking from experience, and I don’t know any of them, I would bet they all have faced challenges,” Stiller later added in a follow-up tweet.  “Different than those with no access to the industry. Show biz as we all know is pretty rough, and ultimately is a meritocracy.”

That prompted a barrage of comments implying the 55-year-old actor was denying the role of nepotism in Hollywood.

“I know Ben *Stiller* is not on this bird app calling Hollywood a meritocracy lmaoooooooo,” tweeted author Preeti Chhibber, while another follower added, “WRONG. Show business works off nepotism & access. It has NOTHING to do with merit.”

“Jerry Stiller and Anne Meara’s son would like you to know that Hollywood ‘ultimately is a meritocracy.’” wrote yet another.