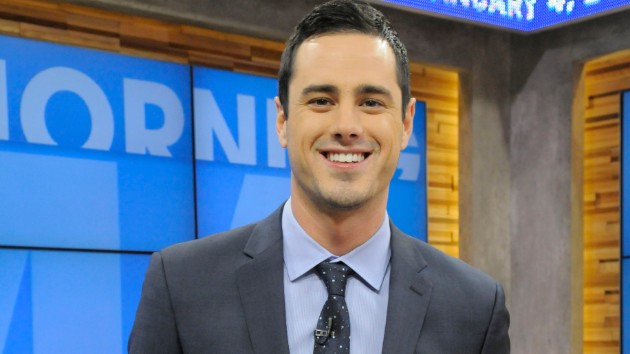 (LOS ANGELES) — Ben Higgins, who starred in the 20th season of The Bachelor, opened up about his extreme weight loss on the show — which he previously credited to stress.

In a candid new interview with Fubo TV’s Drinks With Binks, the 31-year-old reality star admitted that something else was going on deep down inside.

“I had a massive parasite the whole time I was on the show,” he quipped. “I was in Honduras, which is a country I love, for a wedding. I get a parasite in my gut. It hits me the week that filming starts.”

He declined to identify what it was but likened it to “an incredible stomach flu.”  His condition resulted in him shedding 30 pounds in the three months it took to film the season.

Higgins said show execs tried to keep his diagnosis under wraps, recalling, “It was blamed on being stressed and anxious.”  He understood why the call was made, acknowledging it wouldn’t have been a good look at the time.

Higgins, who famously competed for Kaitlyn Bristowe’s heart during her season of The Bachelorette before being selected to hand out roses of his own, also spoke out regarding the controversy about show host Chris Harrison.

“I think that the show is going to have to confront it,” noted Higgins, adding that the current season of The Bachelor was pre-taped, so even with Harrison stepping away from the project — he will still appear every week.

Harrison temporarily stepped away from the show after calling for “compassion” for contestant Rachael Kirkconnell, who is accused of racist actions.

Christian Bale would return as Batman — on one condition