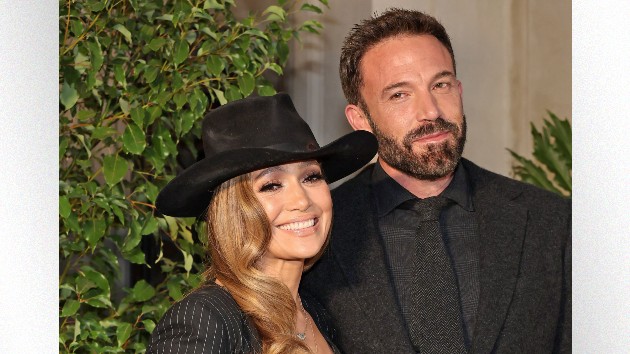 As anyone from New England can tell you, Dunkin — née Dunkin Donuts — is a Massachusetts mainstay, and Bay State-raised Ben Affleck is apparently showing the coffee chain some love.

According to videos on social media, Affleck just wrapped some time working at one of the shops in Boston, and Jennifer Lopez was along for the ride. According to the videos, Affleck is filming a commercial for the chain, and he got suited up in a Dunkin shirt and hat for the occasion. He also served Lopez via the drive-thru, even throwing in his branded visor to his smiling wife.

One of the videos shows Ben and Jen thanking the employees, with Ben noting he hoped when he returned to the location their drive-thru performance scores would improve over when he was working there.

Incidentally, Ben’s not the first Oscar-winning Affleck to show appreciation for the franchise in commercial form: His Oscar-winning younger brother, Casey, shot a hilarious fake New England-set ad for Dunkin when he hosted Saturday Night Live back in 2016.