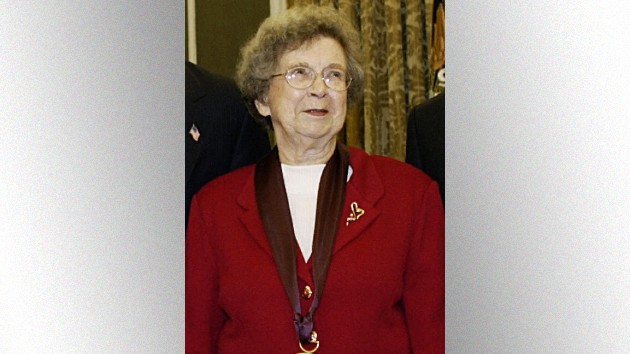 (CARMEL, CA) — Children’s author Beverly Cleary, whose books about Henry Huggins, Beezus and Ramona are beloved by kids worldwide, has died. She was 104.

Her first book, Henry Huggins, was published in 1950 and set a new standard for the realistic depiction of children — especially middle-class children — in fiction. Cleary’s best-known series of books starred Henry and his friends Beezus and Ramona Quimby; two of her Ramona books won Newbery Honors.

In 2009, the movie Ramona and Beezus, based on Cleary’s books and starring Joey King and Selena Gomez, arrived in theaters.

Her other popular series began with 1965’s The Mouse and the Motorcycle, one of three books about a mouse who can speak to humans.  A movie based on the book was released in 1986.

Among her numerous other honors, Cleary was named a Living Legend by the Library of Congress and received the 2004 National Medal of Art from the National Endowment for the Arts.

Cleary’s books have sold more than 85 million copies and have been translated into 29 different languages. In a statement, the president of her publisher, HarperCollins, said, “Her timeless books are an affirmation of her everlasting connection to the pleasures, challenges, and triumphs that are part of every childhood.”