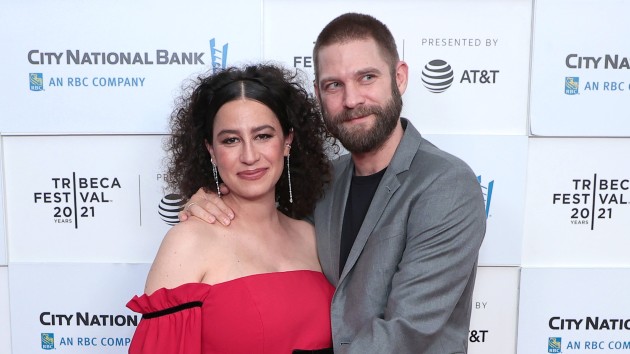 Broad City star Ilana Glazer and her husband David Rooklin are parents. Glazer announced the fact with a post to Instagram of a photo of herself and their new bundle of joy, both hard at work.

“[B]een breastfeedin in compression socks for the past 3 weeks, hbu?” she noted.

Among the more than 150,000 likes the post got was one from Chelsea Handler, who quipped, “Same minus the socks. you look adorable.” Julia Louis-Dreyfus replied simply with “YAY!!!!!!”

In March, Glazer had announced she was pregnant, while promoting her new thriller False Positive with Entertainment Weekly. She called it “eerie and cosmically funny” that life imitated art: in the new Hulu thriller she plays a woman whose in vitro treatment is successful, but with horrifying results.

Equally eerie was the timing of False Positive’s release and the baby’s: the film came out on June 18, putting it very close to the date Glazer gave birth, according to her post.