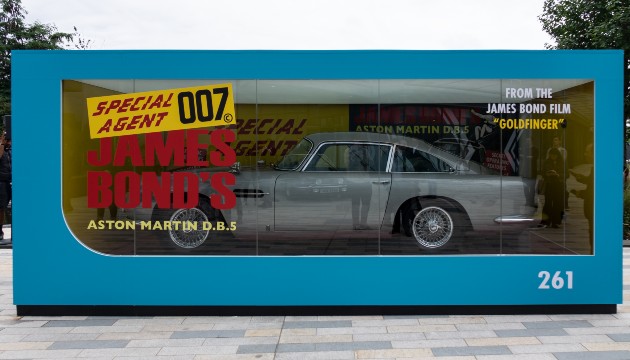 If you’re a model car collector, you might as well stop now — that is, unless you’re one of the 25 people who managed to scoop up the ultimate toy: a full-scale model of James Bond’s iconic 1965 silver Aston Martin DB5.

All 25 models that were made available to the public sold out immediately, for a price that’s not child’s play: $3.1 million.

Three more models were also created for promotional purposes: One is on display to the public at The Coaling Jetty, Battersea Power Station in London through October 1.

The cars actually drive, too, but they’re not street legal in the UK, due to the gadgets.

The models are exacting matches not just to the original classic car, but to Corgi’s best-selling toy-scale versions of Bond’s whip. The full-scale versions even come with a giant Corgi model box big enough to fit the full-size version.

This clever bit of engineering was also a fun way for Aston to promote its continued relationship with MGM and Ian Fleming‘s super spy: Daniel Craig will again be seen behind the wheel of 007’s DB5 in October’s No Time to Die.