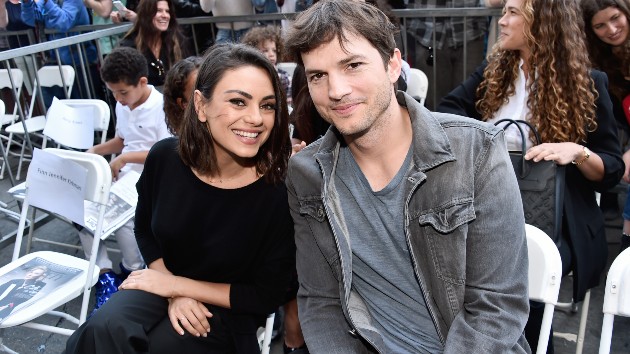 Ashton Kutcher and Mila Kunis became a trending Twitter topic on Tuesday and it’s all thanks to their bathing habits — or lack thereof.

Appearing on the July 19 episode of the Armchair Expert podcast, the couple revealed they often don’t bathe every day.

“I don’t wash my body with soap every day,” Kunis, 37, admitted, before adding that she does hit the hot spots like underarms, chest, and private parts.

“I didn’t have hot water growing up as a child, so I didn’t shower much anyway,” she laughed.

Kutcher, 43, added, “I wash my armpits and my crotch daily, and nothing else ever. I got a bar of Lever 2000 that delivers every time.”

“When I had children, I also didn’t wash them every day,” the actress said candidly. “I wasn’t that parent that bathed my newborns — ever.”

“If you can see the dirt on them, clean them. Otherwise, there’s no point,” Kutcher chimed in.

Although the That 70s Show alums don’t wash their entire bodies on the day-to-day, they do wash their faces. Kunis does so twice a day and Kutcher does it after a workout “to get all the salts out.”

However, that didn’t stop the internet from weighing in on the topic with a bevy of memes, most of which showed disagreement with the duo’s wash routine.

Jeremy Renner was run over by his own snowplow, officials reveal; Renner posts Instagram update