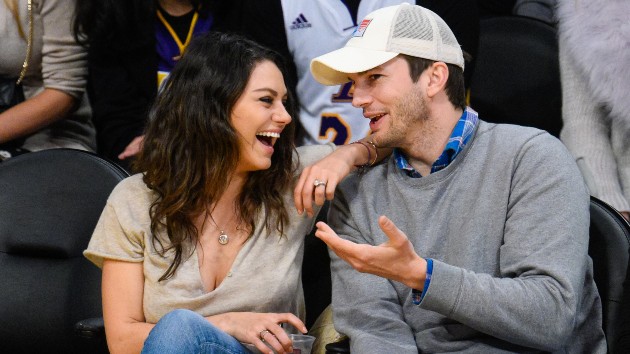 After prompting discussions about bathing habits, Ashton Kutcher and Mila Kunis have reentered the chat to poke fun how things have escalated.

Taking to Instagram Wednesday evening, the Two and a Half Men alum shared a clip of himself and Kunis in the bathroom as their children bathe off camera in the background. He captioned it, “This bathing thing is out of hand. #KutcherBathroomTalks.”

“What’s going on?” Kutcher, 43, asks his wife of six years before panning the camera to show a steamy shower door.

Pointing out the obvious, Kunis responded, “We’re bathing our children,” to which her husband cracked, “it’s the fourth time this week!”

“It’s too much,” the Bad Moms star sarcastically added through giggles.

“Their body oils are going to be destroyed,” Kutcher continued. “What are you trying to do?”

The playful exchange comes after the couple appeared on the Armchair Expert podcast last month and admitted to only bathing their two children — Wyatt, 6, and Dimitri, 4, — when they’re visibly dirty.

“When I had children, I also didn’t wash them every day,” Kunis said candidly. “I wasn’t that parent that bathed my newborns — ever.”

“If you can see the dirt on them, clean them. Otherwise, there’s no point,” Kutcher added.

Since their admission, multiple celebrities have come out to share their thoughts on the matter. While Dax Shepard, Kristin Bell, and Jake Gyllenhaal mirrored the same sentiment, Cardi B and Dwayne Johnson were on the other end of the spectrum.