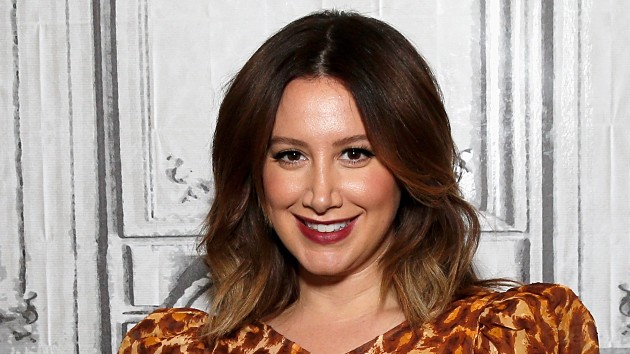 Ashley Tisdale celebrated her first Mother’s Day as a mom this weekend and celebrated the milestone with fans by sharing a first look at baby Jupiter.

“This little lady made me a momma,” the 35-year-old actress gushed. “I knew [husband Christopher French] and I would have a cute baby but I wasn’t expecting how beautiful she would be.”

And while fans can finally put a sweet face to Jupiter’s name, the High School Musical alum spoke with ABC Audio about the old memory that inspired her little one’s unique name.

“I remembered my mom used to sing me a song when I was little. When she put my tights on,” Ashley smiled. “It’s like ‘Hands up! Reach for the stars, there goes Jupiter, there goes Mars."” And I thought, ‘Jupiter is such a great name!"”

The actress, who recently partnered with Enfamil, adds she wanted to name her child something “gender neutral” because she has a habit of picking out names way in advance of needing one.

“She was named before I was even pregnant,” Ashley admitted with a laugh. “Basically, I just came up with her name a year and a half before I got pregnant.  I am someone who, like, even with my animals — my dogs — I name them before I get them.”

With her mind made up, the Phineas and Ferb star explains she then went to her husband to pick his brain about the potential moniker.

“I said to my husband, ‘Do you to like it?’ and he was like, ‘Yeah, that is so cool,’ especially because he’s got such a great last name,” Ashley recalled. “So… Jupiter French. And then once we found out she was a girl, Chris named her middle name Iris.”