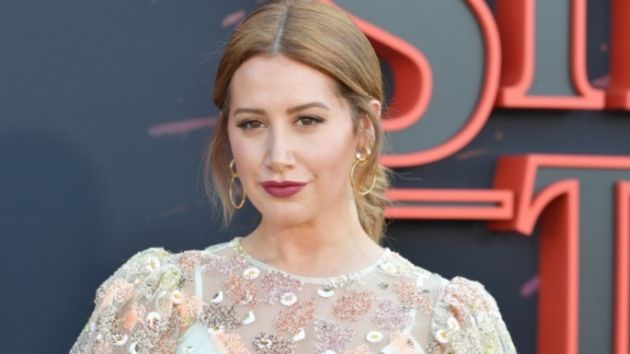 Ashley Tisdale welcomed newborn daughter, Jupiter, on March 23 alongside husband Christopher French and every day is a new adventure for her.  For example, she tells ABC Audio that her newborn just learned to smile and hasn’t stopped since.

While the High School Musical star says she’s still learning new things about her baby girl, there was one thing Jupiter got across right from the start.

“My baby came literally with, like, tons of expressions… out of the womb,” she laughed, explaining that her little one has the personality to match, too. “Honestly, she is so funny.”

Like any new mom, Ashley admits several things did not go to plan with Jupiter — one of them being how she eats.

The actress planned on breastfeeding “for a couple months,” but Jupiter was not a fan.

“She did not latch from the start,” Ashley recalled.  “So, after two weeks of really trying hard, but also just like not being successful with it, we moved on to formula.”

Ashley, who has since partnered with Enfamil, has this message to moms who may feel self conscious about using formula.

With that hurdle cleared, Ashley’s now looking ahead to Mother’s Day and noted something “feels different” this year.

“I mean, obviously, I because I’m a mom,” the Suite Life alum laughed, noting that she is already looking forward to the type of artsy gifts Jupiter will give her once she’s older.

“I love it when little kids do artwork. It’s so cute,” she gushed. “I know she’s going to be creative… So, I’m just excited for all of that stuff.”