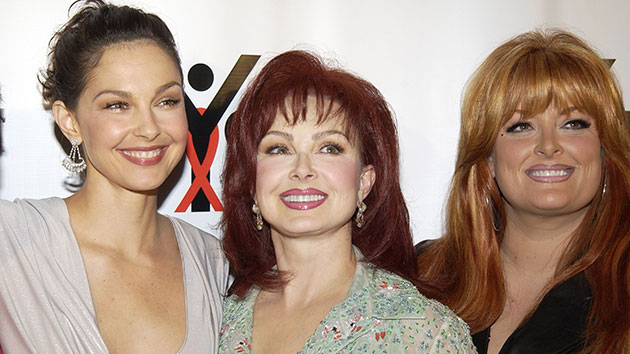 “I’ve thought about this so much, because once I say it, it cannot be unsaid,” Judd told the fellow Kentucky native during an interview on her Tennessee farm. “And so because we don’t want it to be a part of the gossip economy, I will share with you that she used a weapon. Mother used a firearm.”

“So that’s the piece of information that we are very uncomfortable sharing,” she went on, “but understand that we’re in a position that, you know, if we don’t say it, someone else is going to.”

The actress also disclosed that she was the one who found her mother on April 30, just one day before she was to be inducted into the Country Music Hall of Fame. At the time, Ashley was at her mother’s home, and had stepped outside to let in a friend.

“I went upstairs to let her know that the friend was there and I discovered her,” she said. “I have both grief and trauma from, from discovering her.”

While her sister, Wynonna, wasn’t ready to speak on camera about the tragedy, Ashley read a brief note from her, focusing on the comfort the two siblings find in each other.

Previously, the sisters had said only that “We lost our beautiful mother to the disease of mental illness.” They used Thursday morning’s interview as a chance to encourage anyone going through something similar to reach out for help.

Naomi’s life will be celebrated on Sunday during a public memorial that will air live from Nashville’s Ryman Auditorium on CMT.