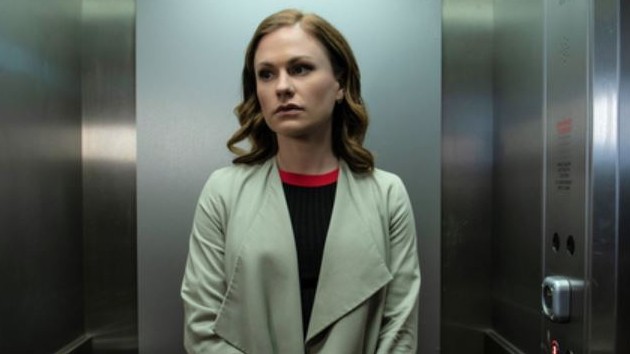 Pride Month is fast approaching and True Blood alum Anna Paquin is reminding her followers that, even though she is married to a man — fellow True Blood alum Stephen Moyer — she is a proud bisexual woman.

Bisexuality is defined as being sexually attracted to both men and women.

The 38-year-old actress hit back at critics Tuesday who accused her of using bisexuality as a publicity stunt and took to her Instagram stories to shut down the nasty messages.

Paquin shared a screen grab of one of the comments that had been directed at her, which remarked, “I am getting tired of seeing ‘bi’ celebrities constantly advocate for it only to end up conventionally married to men with multiple children, living out the so-called white-picket-fence life.”

Those comments, noted the actress, erases her sexuality.

“Ah yes… the ‘you aren’t queer enough BS,"” the New Zealand actress captioned above the screen capture.  She also tagged the post with “#bipride” and used a pink, purple and blue heart emoji to represent the colors of the bisexual flag, according to screenshots taken by People.

Later, she declared in a rainbow-colored post, “I’m a #proudbisexual who is married to a wonderful human who happens to be a man.”

In the caption, the Oscar winner challenged, “If he doesn’t have a problem with it why should anyone else? #loveislove.”