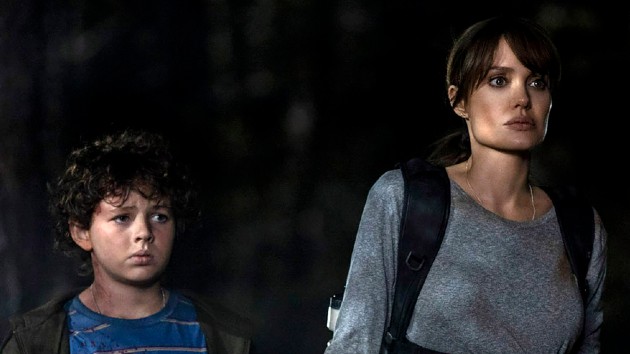 Finn Little, Jolie in "Those Who Wish Me Dead" -- Warner Bros. Pictures/HBO Max

Angelina Jolie will return to the big screen when the thriller Those Who Wish Me Dead hits theaters and HBO Max on May 14. Her new role sees her as Hannah Faber, a smoke jumper struggling with PTSD, a character that she said has helped her to heal.

“I am drawn to people who have been through something and are broken and then find their way forward and overcome it,” the 45-year-old actress explained, as reported by Entertainment Tonight. “As an artist, it’s very healing to play people like that. She’s been very healing for me, because you just get so broken and then you stand back up.”

Jolie famously had a 12-year relationship with actor Brad Pitt before the two went their separate ways in 2016, citing irreconcilable differences after two years of marriage. Their divorce wasn’t finalized until almost 3 years later in 2019.

She and Brad share custody of five of their six children, Pax, Zahara, Shiloh and twins Vivienne and Knox, while their eldest son, Maddox, is now 18.