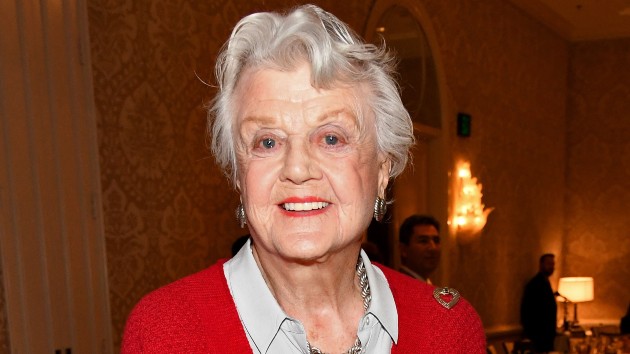 British actress Angela Lansbury, whose career spanned seven decades and earned her an honorary Academy Award, has died. She was 96 years old.

Her family announced her passing in a statement on Tuesday.

“The children of Dame Angela Lansbury are sad to announce that their mother died peacefully in her sleep at home in Los Angeles at 1:30 AM today, Tuesday, October 11, 2022, just five days shy of her 97th birthday,” the statement reads. “In addition to her three children, Anthony, Deirdre and David, she is survived by three grandchildren, Peter, Katherine and Ian, plus five great-grandchildren and her brother, producer Edgar Lansbury. She was preceded [sic] in death by her husband of 53 years, Peter Shaw. A private family ceremony will be held at a date to be determined.”

Lansbury, born in 1925, was the daughter of Irish actress Moyna Macgill and British politician Edgar Lansbury. In fact, her paternal grandfather was George Lansbury, a founder of the United Kingdom’s Labour Party.

At age 9, Lansbury’s father died — a moment that she’s said in interviews shaped her life. The actress’s family then fled England in 1940 during World War II, moving to the United States, where she began her acting career.

After signing to MGM in 1942, Lansbury’s first acting gig was Gaslight in 1944, a role that earned her an Oscar nomination. The actress went on to earn two other Oscar nods for roles in The Picture of Dorian Gray in 1945 and The Manchurian Candidate in 1962. Lansbury was eventually awarded an honorary trophy in 2013.

Thanks to roles on both sides of the pond, Lansbury went on to amass five Tony Awards and six Golden Globes. She was also nominated 19 times for Emmy Awards. In 2014, she was made a dame by Queen Elizabeth II.

Lansbury is best known for her role as mystery writer Jessica Fletcher in the popular TV series Murder, She Wrote. Four years into the series, which started in 1984, Lansbury’s company Corymore Productions began to co-produce the series with Universal. Lansbury owned the series and became its executive producer during the show’s last four seasons. The show ended its run in 1996 after 12 seasons on TV.

Following her hit TV series, Lansbury made many appearances in films, such as voicing Mrs. Potts in the 1991 animated film Beauty and the Beast. She also appeared in the 2005 film Nanny McPhee and the 2011 film Mr. Popper’s Penguins. Lansbury also returned to Broadway in 2007 after a 23-year hiatus by starring in Deuce. Among her last roles before her death were the 2017 TV mini series Little Women and 2018’s Buttons, A New Musical Film.