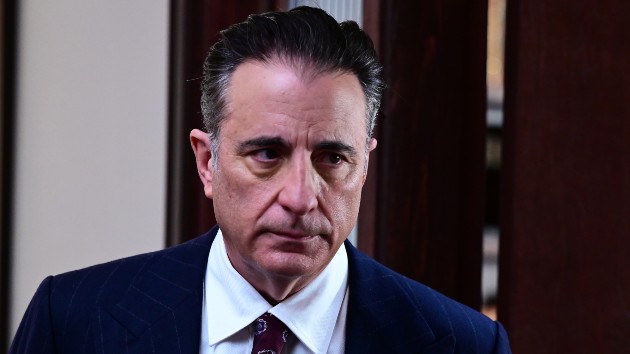 Andy Garcia‘s first foray into series TV is ABC’s new legal drama, Rebel. The accomplished actor said he was eager to play opposite lead Katey Sagal, but what sweetened the deal more was a chance to shape his character to reflect his own Cuban heritage.

Garcia explains the process of developing Julian Cruz, the longtime attorney friend of Sagal’s legal advocate, Annie “Rebel” Bello. “[W]hen they presented the part for me, his name was Cruz and he was Hispanic. And I spoke to [show creator] Krista [Vernoff] and I said, ‘You know, I’d like to do it, but I’d like to make him….a Cuban-American [who] was in exile, just like I was, you know, came over when he was very, very young from Cuba in the 60s, in the first wave of exiles. And and I wanted to him to have that story.”

Garcia goes on: “I wanted my culture to be represented on television, which…I don’t know, you can search back since maybe I Love Lucy, you know, but there hasn’t been a lot of Cuban characters on television.”

He called it, “maybe an obligation or an honor, really a privilege” to represent, “the generation before me.”

Garcia says making certain Cruz’s heritage was represented sometimes led to “arguments with the director.” He admits with a laugh, “I said, ‘You don’t understand. He’s a Cuban man…You know, we process differently.’ We really do. And I know it’s kind of seems kind of odd and crazy, but we do. We process things differently and things tick us off that might not tick somebody else off.”