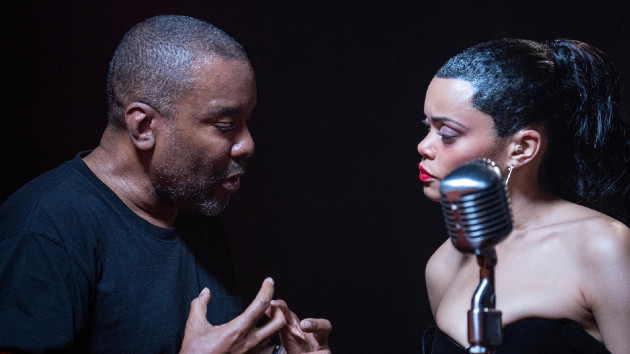 While becoming the tormented songstress was no simple feat, Day tells ABC Audio that there were some aspects in making the film that did come easy.

“I will say the shooting, and the character — definitely not easy,” she says. “What was easy was the chemistry between Lee and myself and my cast. [It was] wonderfully collaborative.”

“And I think when [Lee] has that love and that respect for his artists that we are creating together — it’s just brilliance,” Day notes. “And I think that makes the best leaders. So that was a very easy energy and realm to play in.”

A thankful Daniels nods to her response, adding that there was much more he’d love to explore when it came to Holiday’s tumultuous life.

“It’s not really a biopic, it’s just a moment in time,” Daniels explains. “But if it were her biopic, we would have talked, really talked, about her affairs with Tallulah Bankhead and other women. We would have really delved into her being queer.”

However, Daniels says that due to time constraints, there was a lot left “on the cutting room floor that [will end up] in the director’s cut.”

“Where we see her stealing, because she was a thief. We see her beating men’s behinds. We see her kicking a**,” he reveals. “She’s a gangster. So more of her gangster… just more Billie.”

The United States vs Billie Holiday is now available on Hulu.