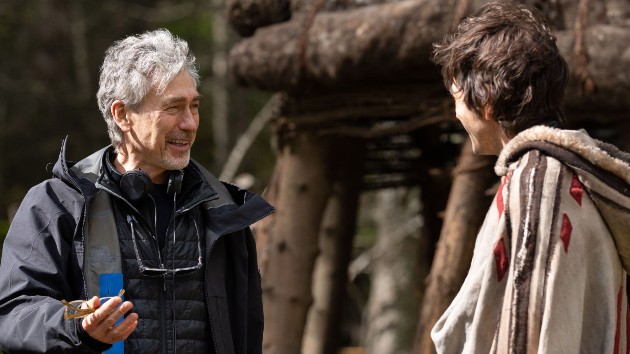 Writer and director Tony Gilroy didn’t consider himself a Star Wars fan when he was tasked with “saving” 2016’s Rogue One: A Star Wars Story, which underwent extensive reworking before it hit theaters. In fact, he said in 2018 on The Moment With Brian Koppelman podcast, “I’ve never been interested in Star Wars, ever.”

Under his guidance, however, the finished product went on to rank as one of the entire franchise’s best entries in the eyes of fans who have always been interested in Star Wars.

But the writer and executive producer of Disney+’s well-received Andor has apparently changed his tune about that galaxy far, far away. “I don’t think I’m an outsider anymore,” he tells ABC Audio. “I think the helpfulness on Rogue was to be sort of outside … I’m part of the community at this point.”

The series follows Diego Luna‘s Rogue One hero, Cassian Andor, in the years before he sacrificed himself to steal the Death Star plans. The show shares the gritty DNA of the big-screen hit and of the spy craft of the Bourne movies Gilroy wrote.

“It was just a willingness to … try something really, really, really different,” Gilroy says, touting the “bravery” of both Disney and Lucasfilm to trust him to do so.

He adds of his cast, which includes another Rogue veteran, Genevieve O’Reilly, and recurring Marvel movie star Stellan Skarsgård, “When you get these actors … my God. You not only want to, you have to up your game.”