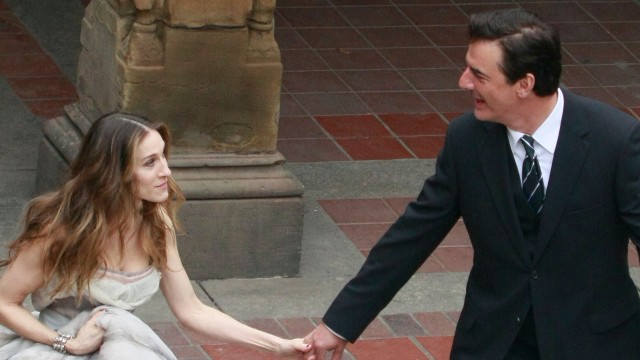 (NEW YORK) — Chris Noth, who played Mr. Big in Sex and the City, has broken his silence about the rumors claiming he will not be a part of the series reboot, And Just Like That.

While fans mourned over a possible future without Mr. Big, Noth took to social media to suggest everything one reads on the internet may not always be true.

The 66-year-old actor originally had shared a photo of a red fox in his backyard, but his followers hijacked the Instagram post to ask him about And Just Like That.

Noth first replied to a fan questioning, “Why for heaven’s sake you are not playing my beloved Mr Big??”

“Everything changes—including announcements in the rags,” he cryptically replied.

A second fan begged the Golden Globe nominee to “reconsider” being a part of the SATC reboot, to which he winked, “well if page six says it… it must be true.”

While Parker, Cynthia Nixon and Kristin Davis have all confirmed they will be returning for the reboot as Carrie, Miranda Hobbes and Charlotte York, respectively, Noth has yet to commit to the HBO revival.

However, with these two recent comments, the Equalizer star has reignited hope that Carrie’s love life is saved.

As for other series’ stars who will not be returning for the reboot, Kim Catrall, who played the salacious Samantha Jones, confirmed she will not be a part of And Just Like That.

It has also been rumored, but not confirmed, that David Eigenberg, who played Miranda’s partner on the show, will not appear on the reboot, either.