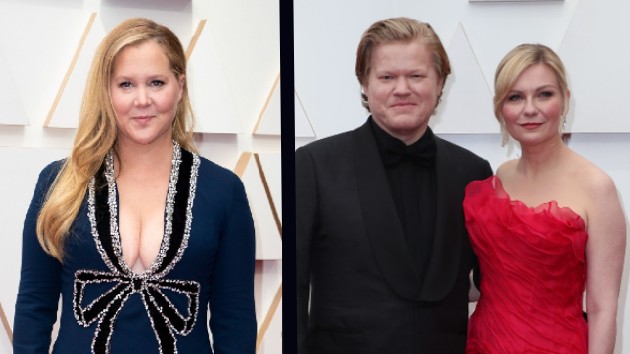 While it went unnoticed by some in the wake of the “slap heard ’round the world,” some fans of Kirsten Dunst took issue with an Oscars moment in which co-host Amy Schumer referred to the nominated actress as a “seat filler.”

The bit had Schumer pulling Dunst from her seat and sitting in it next to The Power of the Dog nominee Jesse Plemons.

Dunst stans can relax, however: Schumer responded to the online backlash with an Instagram post explaining, “That was a choreographed bit she was in on,” adding, “Wouldn’t disrespect that queen like that.”

Plemons and Dunst were apparently so convincing — hey, they were both Oscar-nominated for the same film, after all — that fans cried foul.

“what kristen dunst should’ve done to amy schumer,” one Tweeter noted, with footage of Will Smith‘s slap of Chris Rock.