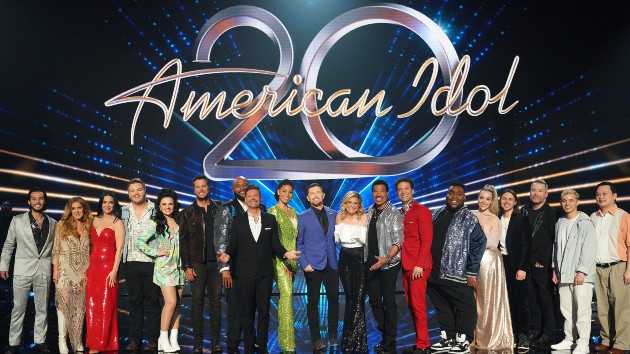 It was a blast from the past on Monday night’s American Idol.

In celebration of its milestone 20th season, some of the show’s alumni gathered for a night of appearances and performances in The Great Idol Reunion. The one-hour special featured a walk down memory lane in the form of six duets from 12 former contestants to showcase American Idol through the years.

Season two’s Ruben Studdard teamed up with 2007 Idol winner Jordin Sparks and sang “Knew You Were Waiting (For Me)” by George Michael and Aretha Franklin.

Laine Hardy and Laci Kaye Booth, the 2019 winner and Top 5 finalist, respectively, put a country spin on the classic “Stop Draggin’ My Heart Around” by Stevie Nicks and Tom Petty and the Heartbreakers.

2018’s winner, Maddie Poppe, and runner-up Caleb Lee Hutchinson, who also happen to be a couple, took the stage with Dolly Parton and Kenny Rodgers‘ hit duet “Islands in the Stream.”

David Cook and Kris Allen, the 2008 and 2009 winners, respectively, teamed up for a collaboration of The Cranberries‘ “Dreams.”

From last year’s pool of talent, Willie Spence and Grace Kinstler kept the celebration going with “Rather Be” by Clean Bandit, featuring Jess Glynne.

Closing out the night with “When You Say Nothing at All” by Alison Kraus was 2011’s winner, Scotty McCreery, and runner-up Lauren Alaina.

Former American Idol judges Randy Jackson and Paula Abdul, who sat at the table when the show debuted in 2002, also made a surprise appearance. Also popping in was Justin Guarini from the inaugural season, who was the runner-up to the first ever American Idol winner, Kelly Clarkson.

Monday’s show was a break for the Top 7, but the competition continues when American Idol returns Sunday, May 8.