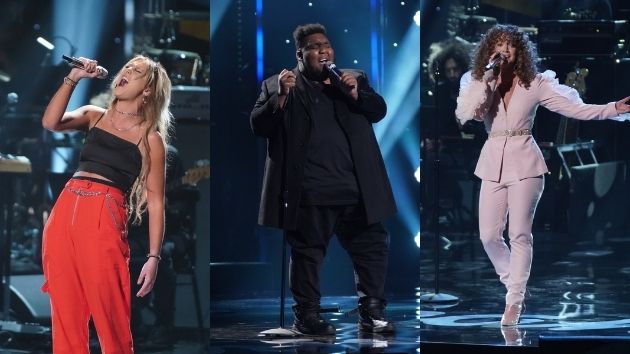 (LOS ANGELES) — The road to the Top 24 continued on Monday night’s episode of American Idol.

Judges Katy Perry, Luke Bryan, and Lionel Richie continued to break the good and bad news to the contestants as they each participated in the Showstoppers round of the competition.

Those who make it to the Top 24 will move on to the All-Star Duets & Solos round where A-list artists will join the contestants as they try their hardest to make it into the Top 16… and the live shows.

Each star will be paired with two American Idol hopefuls and will perform with each of them separately.

Here’s who made it to the Top 24 and who was eliminated after Monday’s episode.