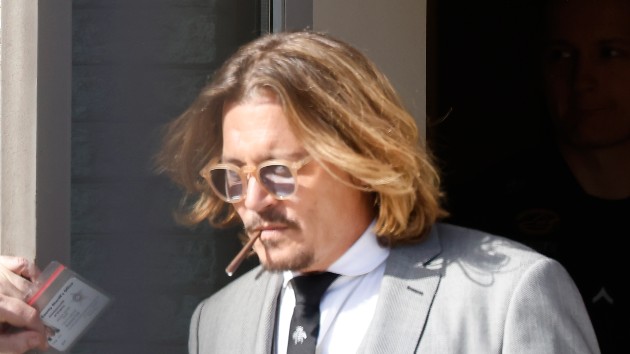 The ongoing legal battle between exes Johnny Depp and Amber Heard managed to get even uglier in a Virginia courtroom today.

During their defamation trail, Heard made a never-before-revealed accusation of sexual assault, claiming it happened while the star was “black-out drunk” and when the pair was married.

According to Rolling Stone, one of Depp’s attorneys, Camille Vasquez, told the jury, “Ms. Heard had never made that accusation against Mr. Depp — it was never part of her allegations of abuse in 2016,” with his lawyers calling the accusations “convenient.”

The crux of the case is a Washington Post op-ed written by Heard, in which she claimed that she suffered domestic abuse during her marriage — without naming the Pirates of the Caribbean series star.

Vasquez continued about Aquaman star Heard, “When she realized the seriousness of what she alleged…she panicked and alleged sexual assault. In Mr. Depp’s fifty-eight years, not a single woman has ever accused him of violence, and nobody in Hollywood or the world had any reason to believe he was an abuser — until Ms. Heard publicly accused him.”

Vasquez added, “The only medical report of an injury during their relationship was a severe one sustained by Mr. Depp…She threw a vodka bottle at him that hit his hand and exploded, severing the end of one of his fingers.”

Heard’s attorney Ben Rottenborn told the jury, “It’s not about which party can sling more mud…that’s what Mr. Depp wants to turn this case into.”