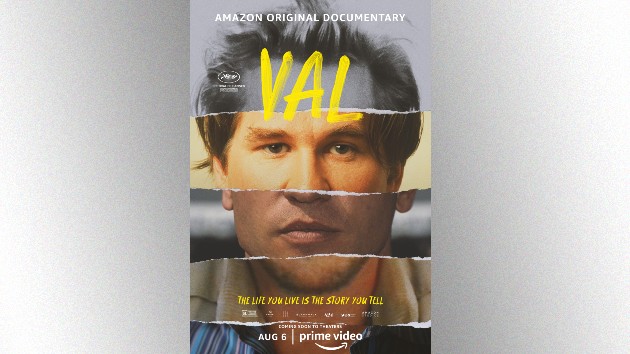 Amazon Prime has released the trailer for its upcoming documentary about the life of Val Kilmer, called Val.  Culled from thousands of hours of film and video footage that Kilmer shot himself over his many years in Hollywood, the doc also details his battle with throat cancer, which has left his voice slurred, but his spirit unbroken.

The footage also is a time capsule: It takes viewers behind the scenes of iconic movies in which Kilmer starred, including Top Gun, The Doors, Heat, Tombstone and others.

Amazon says of Val, “This raw, wildly original and unflinching documentary reveals a life lived to extremes and a heart-filled, sometimes hilarious look at what it means to be an artist and a complex man.”

The film debuts on Amazon Prime on August 6.