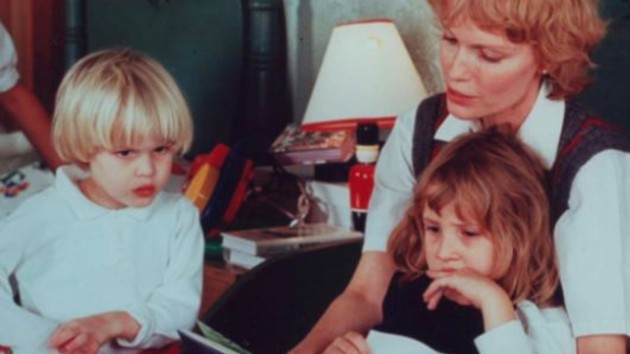 (LOS ANGELES) — (NOTE CONTENT) The bombshell Allen V. Farrow documentary concludes Sunday on HBO, which will deliver a deep dive into the disturbing allegations against embattled director Woody Allen brought against him by his family.

Allen is accused of molesting his daughter Dylan Farrow in the 90s, a claim he denies.

Allen V. Farrow co-director Amy Ziering sat down with ABC Audio to chat about the pending finale, which she says will cover a lot of material.

“There’s more shocking information. This is a story we thought was played out in the 90s, but it had this afterlife and reverberation for decades,” said Ziering. “Actually new information came forward in the 2010s.”

The finale will cover these new allegations and investigate to “see where where the truth lies,” says Ziering.

“We also we also find out what was the result of the criminal investigation and that you find out in episode four,” she teased.

Ziering also revealed that she offered to sit down with Allen and discuss the charges against him, but says he has yet to come to the table.

“We’d welcome talking with him,” said Ziering. “The offer is always there. Standing offer.”

Co-director Kirby Dick also discussed the impending series finale with ABC Audio to expand more on HBO’s offer to allow Allen to share his side of the story.

Dick mentioned how Allen said in a statement after the first episode aired that he was only invited to participate in the series a few months ago, and given just days to respond — which Kirby says is not the case.

“He was given… weeks to respond and he didn’t respond,” said Kirby.  “We obviously wanted to include an interview [with him.]”