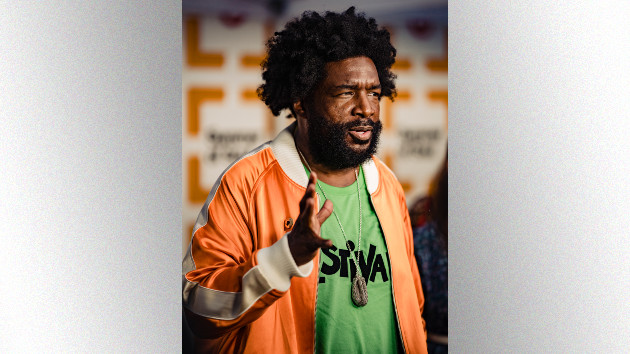 Ahmir “Questlove” Thompson says he hopes “to correct history” with his directorial debut Summer of Soul.

The documentary, which chronicles the 1969 Harlem Cultural Festival, follows the series of concerts that took place at Marcus Garvey Park in Harlem over the course of several weekends. Questlove tells ABC Audio that Summer of Soul actually “found [him].”

“I was approached thinking that I was this like wise music savant, who just so happened to write four books, made 17 albums, won five Grammys and had my hand in all things creative,” Thompson says. “And these guys are telling me that back in ’69 300,000 people saw Stevie Wonder, Gladys Knight and the Pips, Sly and the Family Stone, Nina Simone, Mahalia Jackson, Ray Barretto and [Babatunde] Olatunji. And I’m sitting there… embarrassed like ‘How do I not know about this?"”

Questlove says it was that ignorance that motivated him to put on his filmmaker hat.

“To be told that this footage sat in a basement for 50 years… let me know how dangerous… the idea of Black erasure is,” he says. “Be it something as historical as this particular concert, or even something as minuscule [as] [Black TikTok] content creators… not getting proper credit.”

And it’s safe to say Thompson accomplished his goal with his nearly two-hour film which includes never-before-seen concert performances and commentary from those who attended.

“[Because] if you don’t correct history, you’re going to repeat it again,” Questlove notes. “So… I hope that this film is… a paradigm shift to let artists know that they have a responsibility to use their voice in their activism.”

Summer of Soul is available in theaters and on Hulu July 2.