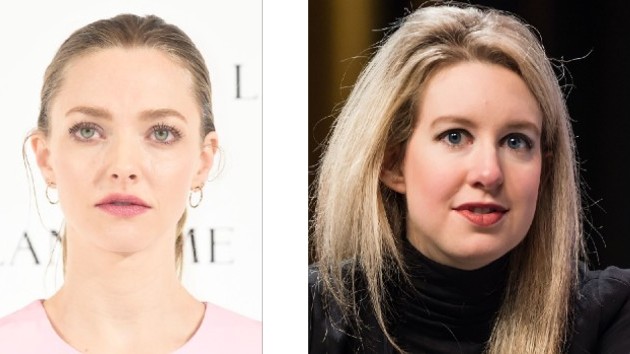 Based on an ABC News podcast of the same name, the project initially had Saturday Night Live’s Kate McKinnon playing the controversial figure, as well as co-producing. She exited the project in February.

Seyfried, fresh off her Oscar nomination for her work in David Fincher’s Mank, will also now produce the limited series.

Holmes dropped out of Stanford University in 2004 and founded the high-tech health company Theranos. Modeling herself in the image of the late Apple co-founder Steve Jobs, Holmes raised billions and attracted headlines worldwide based on false claims her company’s technology could test for a spectrum of diseases with just a few drops of blood.  However, whistleblowers soon exposed that the gadget never worked, endangering those who relied on its results in lieu of more traditional scans for cancer and other diseases.

The massive scam made Holmes a billionaire, but she was ultimately indicted on nine counts of wire fraud and two counts of conspiracy to commit wire fraud.