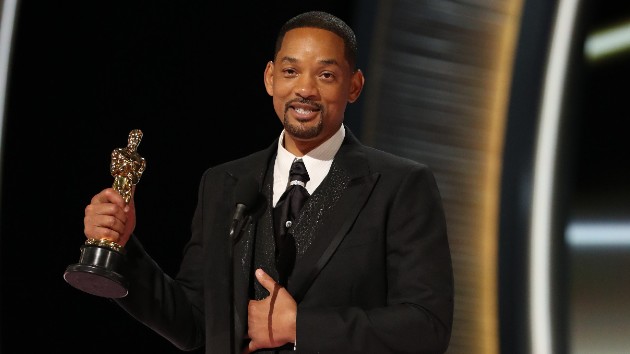 The Academy of Motion Picture Arts and Sciences is launching a “formal review” of the confrontation between Will Smith and Chris Rock at the 2022 Oscars when Smith walked on stage and slapped Rock in the face.

“The Academy condemns the actions of Mr. Smith at last night’s show. We have officially started a formal review around the incident and will explore further action and consequences in accordance with our Bylaws, Standards of Conduct and California law,” the Academy said in a statement Monday.

According to their standards of conduct, the Academy is “categorically opposed to any form of abuse.”

The confrontation occurred when Rock, who was presenting the Oscar for best documentary at the 94th Academy Awards, made a joke about Smith’s wife, Jada Pinkett Smith, starring in a sequel to the 1997 film G.I. Jane, seemingly in reference to her shaved head. Pinkett Smith has been open about having alopecia, an autoimmune disorder which results in hair loss.

Smith went on to win the Oscar for best actor for his role in King Richard, apologizing to the Academy and his fellow nominees in a tearful acceptance speech.

After the show, the Academy tweeted in part, “The Academy does not condone violence of any form.”

The Los Angeles Police Department told ABC News it was aware of the altercation, but no police report had been filed.