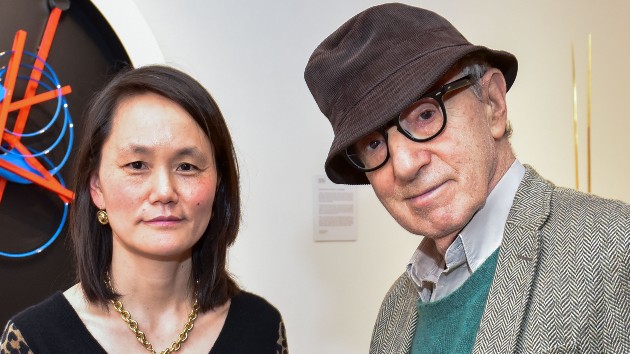 (NEW YORK) — Woody Allen and his wife Soon-Yi Previn have issued a statement regarding HBO’s explosive four-part documentary Allen v. Farrow, which centers on the sexual abuse investigation into the Oscar winning filmmaker.

In a statement from Allen and his wife Soon-Yi Previn — the former adopted daughter of Allen’s ex Mia Farrow — the pair labeled the documentary “a hatchet job.”

In the statement released to Variety, the couple claimed directors Kirby Dick and Amy Ziering had “no interest in the truth,” and were “surreptitiously collaborating with the Farrows and their enablers” for the project, which Allen said was “riddled with falsehoods.”

The statement also continued, “As has been known for decades, these allegations are categorically false. Multiple agencies investigated them at the time and found that, whatever Dylan Farrow may have been led to believe, absolutely no abuse had ever taken place. It is sadly unsurprising that the network to air this is HBO – which has a standing production deal and business relationship with Ronan Farrow. While this shoddy hit piece may gain attention, it does not change the facts.”

The project features interviews with Farrow, as well as with her children Dylan and Ronan, family friend Carly Simon, the case’s prosecutor, Frank Maco, and “relatives, investigators, experts and other first-hand eyewitnesses,” according to HBO.

Dylan Farrow, then 32, made the allegations against her adoptive father in 2018. He denied the accusations then as well, saying they had been, “thoroughly investigated by both the Child Sexual Abuse Clinic of the Yale-New Haven Hospital and New York State Child Welfare,” and they, “concluded that no molestation had ever taken place. Instead, they found it likely a vulnerable child had been coached to tell the story by her angry mother during a contentious breakup.”