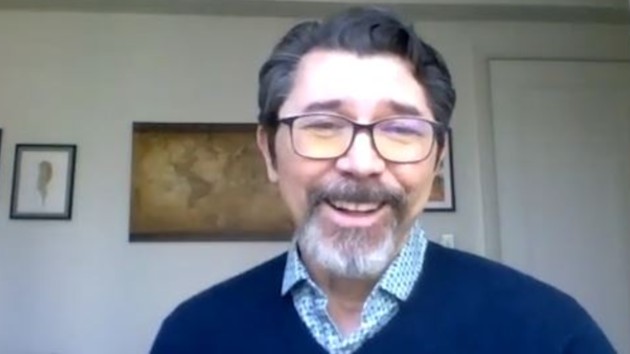 Episode director and Prodigal co-star Lou Diamond Phillips tells ABC Audio he didn’t know she was joining as Dr. Vivian Capshaw until his prep for the show was well underway. “It’s a good thing I didn’t know everything at once because I might have like p***ed myself and become just emotionally constipated,” he admits with a laugh.

“I didn’t know it was going to be the mid-season finale, which has its own pressure in and of itself…I knew we were going to get cool people. I had no idea how high they were setting that bar. And when we got Catherine Zeta-Jones, I was gobsmacked! I went ‘You’ve got to be kidding me!’ How did that happen?!”

The Fox show returns in April, but Phillips can be seen On Demand playing a supporting role as a “parole officer with a heart of gold” in the thriller Adverse. He says the job came from “happenstance.”

Phillips says, “I was doing a lot of conventions before the pandemic, which was wonderful, meeting a lot of fans, but I was running into Thomas Ian Nicholas a lot. He goes, “Hey, I’m doing this little independent film and …there’s a role that you’d be great for, man! would you take a look at it? I read it, thought it was fantastic.”