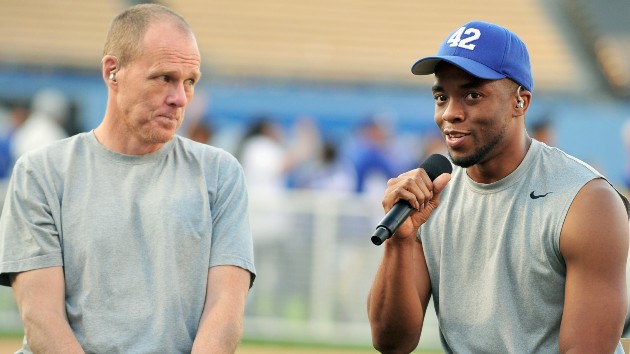 Director Brian Helgeland recently chatted with Variety for the 20th anniversary of his rock music-flavored medieval film A Knight’s Tale, which starred the late Heath Ledger.

But Helgeland also spoke about another gifted actor he worked with who died far too soon: Chadwick Boseman.

Helgeland cast a then-unknown Boseman in his first lead role, as Jackie Robinson in the film 42, and the filmmaker recalled his first meeting, which was at the recommendation of his casting director, Victoria Thomas.

“[H]e was the second person I saw,” recalls Helgeland. “He walked in the door, he read, he left. And I said to Vicki, ‘A movie star just walked out of the room.’

The director explained that while others came to read for the iconic part — some big names included — his mind was made up.

“I knew it was going to be Chad,” the director said. “He was just the guy. He was fantastic.”

Helgeland said of Boseman, who died in August, after a secret, years-long battle with cancer, “He had done his homework, he was just waiting for his chance. He was ready. He arrived ready.”