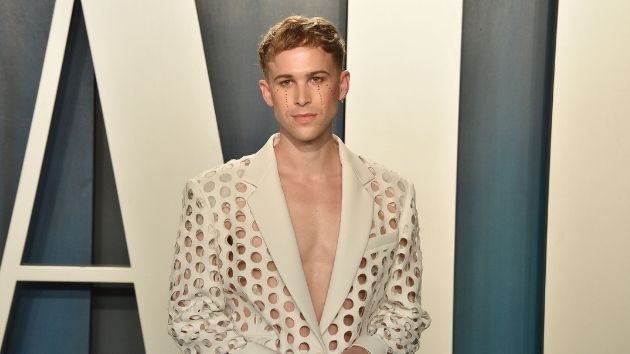 13 Reasons Why star Tommy Dorfman is no longer hiding her truth and, in a new interview, reintroduced herself as a transgender woman.

Speaking with Time, Dorfman, who was born male, announced she has transitioned into a woman.

“For a year now, I have been privately identifying and living as a woman—a trans woman,” the 29-year-old announced. “I view today as a reintroduction to me as a woman, having made a transition medically.”

Dorfman continued, “Today is about clarity: I am a trans woman. My pronouns are she/her. My name is Tommy.”

Dorfman revealed that she would not be changing her birth name because “I’m named after my mom’s brother who passed a month after I was born, and I feel very connected to that name, to an uncle who held me as he was dying.”

“This is an evolution of Tommy. I’m becoming more Tommy,” she attested.

The Insatiable star expressed that, while she never publicly addressed her transition, she subtly documented it through her Instagram, of which fans took notice of her slowly changing appearance and style.

“I’ve been living in this other version of coming out where I don’t feel safe enough to talk about it, so I just do it,” she continued. “So I kept, on Instagram, a diaristic time capsule instead—one that shows a body living in a more fluid space. However, I’ve learned as a public-facing person that my refusal to clarify can strip me of the freedom to control my own narrative.”

Dorfman said she will now focus on how to “infuse my trans body into film and television,” going forward and revealed she is no longer interested in playing cisgender male characters “except for maybe in a ‘Cate Blanchett playing Bob Dylan‘ way.”

Mindy Kaling addresses rumors that her ex B.J. Novak is her children’s father