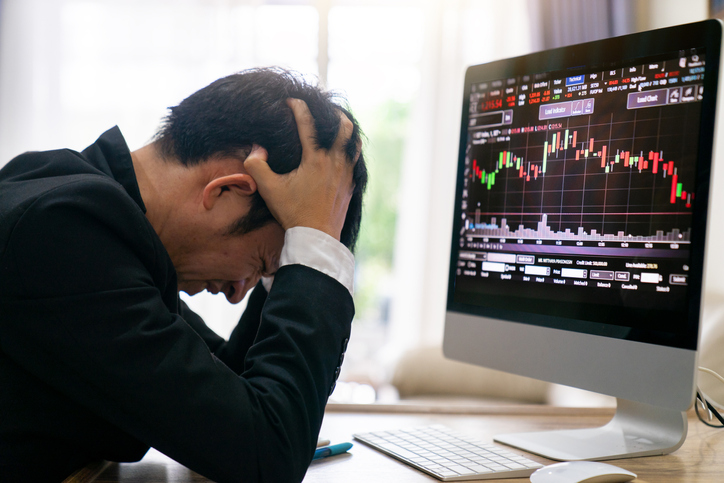 (NEW YORK) — As alarms over inflation and a possible recession sounded in recent months, a stock market rally offered a source of optimism — until this week.

The S&P 500 fell 2.1% on Monday, its worst day in more than two months. As of trading on Wednesday afternoon, the index had recovered some of its losses but remained down for the week.

The recent drop marks the latest swing of this year’s market seesaw. Bouncing back from a historic plunge over the first half of 2022, the S&P 500 rose more than 15% during a two-month period beginning in mid-June. Over that same period, the tech-heavy Nasdaq spiked more than 17% and the Dow Jones Industrial Average rose nearly 14%.

In fact, that rally makes up a key reason for the downturn in recent days, as investors determined that stocks became overpriced, market analysts said. The plunge also stems from fear that the Federal Reserve will continue a series of aggressive rate hikes, which aim to slash inflation by slowing the economy but risk tipping the U.S. into a recession, they added.

But analysts differed over whether this week’s downturn marks a brief hiccup or a sign of more losses to come, suggesting that murky economic data supports varied interpretations about the outlook of the economy and in turn corporate profits, the key focus for stock forecasters.

“Markets don’t go up or down forever,” Ed Yardeni, the president of market advisory firm Yardeni Research and former chief investment strategist at Deutsche Bank’s U.S. equities division, told ABC News. “At some point, buyers get exhausted and new buyers think things have gotten expensive and are waiting for a pullback.”

“It’s a tug of war between the bulls and the bears,” he added. “For a while, the bears were gaining ground. Over the last couple months, the bulls gained ground and now we may be at a standoff for a while.”

The volatility in markets owes in large part to looming concern that sky-high inflation will require the Fed to pursue ongoing, sizable hikes to interest rates, which would slow the economy and risk a recession, the analysts said.

Typically, the market has climbed in response to news about slowing inflation and a potential softening of rate increases; inflation spikes and rate moves are a common cause of selloffs.

At meetings in each of the past two months, the central bank has increased its benchmark interest rate 0.75% — dramatic hikes last matched in 1994.

The rate increases may have contributed to a slowdown in price hikes. While still elevated, price increases last month waned from the near-historic pace reached in June, according to data from the Bureau of Labor Statistics. The consumer price index, or CPI, rose 8.5% over the past year as of July, a marked slowdown from a 9.1% year-over-year rate measured in June, the bureau said.

Still, Fed officials have signaled in recent days that the central bank intends to continue a series of rate hikes, aiming to bring inflation back down to its target of 2%. Last Thursday, San Francisco Federal Reserve President Mary Daly told CNN that a 50- or 75-point basis hike at the central bank’s meeting next month would be “reasonable” and that rate hikes would continue into at least 2023.

Such signals from the Fed have contributed to the market decline this week, Ivan Feinseth, a market analyst at Tigress Financial, told ABC News.

“There’s fear that the Fed will have to raise rates aggressively to fend off inflation, but also fear of overreaching and the Fed in and of itself decimating the economy,” he said.

Inflation remains near a 40-year high and GDP has slowed, raising the specter of stagflation, a damaging combination of high prices and anemic growth. But observers can take solace in employment data, which persists at robust levels, as the economy added a blockbuster 528,000 jobs last month and the unemployment rate stands at 3.5%.

Analysts offered conflicting assessments of the market outlook, in part because the murky market data sets an uncertain future for the economy.

The Fed may ease off of its aggressive rate hikes if inflation continues to fall, which could send stocks higher toward the end of the year, said Feinseth of Tigress Financial.

“We could see a new all-time high in the stock market by the end of year,” he said.

A potential recession, however, would hammer corporate profits, causing a prolonged downturn in the market, said DiFucci of Guggenheim.

“If we’re going to go through a longer period of weakness, stocks that typically trade at higher multiples are likely to moderate or come down,” he said. “It’s as simple as that.”

Yardeni, who identifies as “right in the middle” on the spectrum between market bears and bulls, predicted that stocks would move “sideways.”

“Everyone is asking these days if the market will be up or down,” he said. “The third option is nowhere fast.”