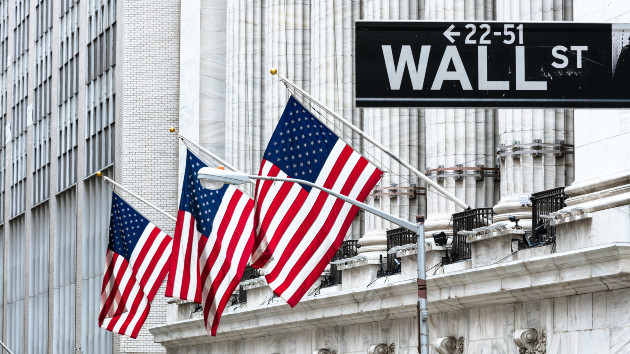 (NEW YORK) — A devastating year for the stock market is hurtling toward its end, but not before December delivers a final verdict for investors.

After rallying in October and November, the S&P 500 fell for five consecutive days earlier this month. Each of the major indexes has dropped at least 1.5% in December, but an end-of-year surge known as the Santa Claus rally could end the year on a positive note.

The uncertain near-term outlook for the U.S. economy has amplified market volatility, as recession fears weigh on expectations for company earnings, analysts told ABC News. However, reason for long-term market optimism has emerged after a monthslong streak of declining inflation and an anticipated slowing of rate increases at the Federal Reserve, some analysts said.

“December for many is the hardest month to trade,” Ed Moya, a senior market analyst at broker OANDA, told ABC News. “This year, a lot of investors are unsure about the fate of the U.S. economy.”

Still, next year offers hope that a possible downturn will give way to a bounce back for stocks, Adam Turnquist, chief technical strategist at LPL Financial, told ABC News.

“While there is downside risk, overall things are looking more constructive for equities as we look ahead to 2023,” he said.

Here’s what you need to know about stock market performance in December, and what it says about the stock market going forward:

How stocks perform in December

In recent decades, the stock market has typically ended the year on the rise.

Since 1950, the S&P 500 has generated average returns of more than 1.5% in December, LPL Financial said in a report on Monday.

The losses so far this month shouldn’t necessarily deter investors, since the returns usually arrive in the second half of the month, the report said.

The Santa Clause Rally, a seven-day period at the end of December and beginning of January, has historically delivered stock market gains comparable to a strong month, the report added.

This time around, market performance will depend on investors’ reaction to the latest inflation data and the policy response from the Federal Reserve, analysts said.

A government report on Tuesday revealed that inflation stood at 7.1% last month compared with a year prior, continuing a months-long decline from a 40-year record reached over the summer.

However, inflation remains at a level more than triple the Fed’s target rate of 2%.

The inflation news nevertheless bolstered hopes among some investors that the U.S. could achieve a “soft landing,” in which inflation returns to normal levels while the economy averts a recession.

A day later, the Federal Reserve said it was raising its short-term borrowing rate another 0.5%, slowing an aggressive series of rate increases while continuing an effort to cool the economy and dial back inflation.

Borrowing cost increases usually weigh on stocks, since the moves aim to slash inflation by slowing the economy and choking demand. But the latest rate hike pulled the Fed back from three consecutive 0.75% increases, signaling confidence that the central bank can bring sky-high inflation down to normal levels.

Despite the positive sign, each of the major stock indexes fell nearly 1% on the news, in part because the Fed also signaled that it would not begin cutting rates until 2024.

The market outlook going into 2023

Analysts said they expect market volatility and a potential recession between now and the first half of next year. Still, some predicted that a strong finish to the year would buoy the economy and markets.

“There’s potential for markets to gyrate up or down quite a bit,” Dave Sekera, chief U.S. market strategist at Morningstar, told ABC News.

“Our U.S. economics team does believe if there is a recession, it will be short and shallow,” he added. “In our outlook for the second half of 2023, we do think the economy will rebound.”

Moya, of OANDA, said persistent volatility stems from a host of factors, such as the zero-COVID policy in China, the movement of inflation and the possibility of a recession.

“We’re probably going to see more choppy conditions,” he said. “This is a difficult economy to get excited about.”