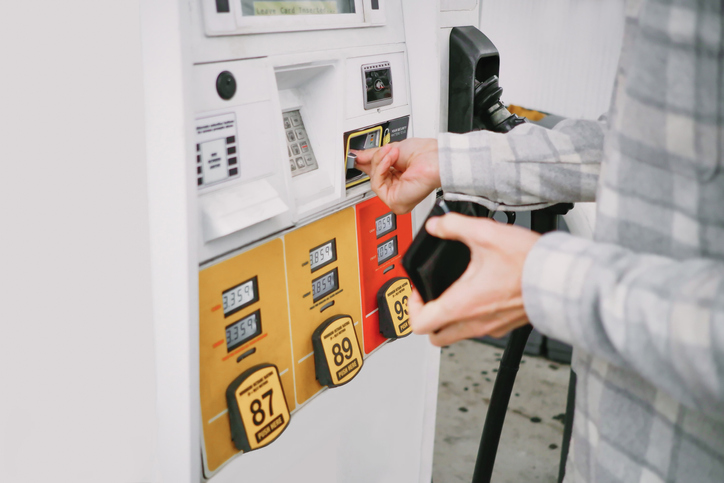 (WASHINGTON) — Prices at the pump have plummeted over the past month but a dramatic move from the U.S. and allies meant to slash Russian oil revenue and cripple its war effort could send gas prices rising again, some energy analysts told ABC News.

On Monday, the European Union slapped a ban on all seaborne imports of Russian oil. On top of that, a group of Western nations imposed a price cap on Russian oil that will prohibit the country from selling crude to third party countries unless the price falls well below market rates.

The Western scheme aims to choke off the primary source of funds behind the Russian war in Ukraine but the move risks disrupting the global oil supply and spiking gas prices.

The newly announced measures contributed to a jump in global oil prices in early trading on Monday but prices retreated later in the day.

While the exact effect of the price cap remains unclear, some analysts expect the move to send gas prices higher in the coming months as the global market strains under lost Russian oil supply. However, Russia may circumvent the price cap and continue selling oil at its current rate, mitigating any effect on gas prices, other analysts said.

Here’s what you need to know about the price cap on Russian oil and how it will affect U.S. gas prices:

What is the price cap on Russian oil?

The price cap on Russian oil is a policy implemented by G-7 nations on Monday that will disallow the world’s second-largest oil exporter from selling crude at a price above $60 per barrel.

Since the outset of its war with Ukraine, Russia has sold its oil at discounted prices. As of Friday, Russian Urals crude traded at $67 per barrel — an amount little higher than the cap. But the price cap aims to ensure that Russian oil sales remain well below global oil prices, which stand at about $80 per barrel.

The policy relies on compliance from insurance companies, shipping outfits and other businesses involved in the transport of Russian oil. Many of those firms are based in Western countries and will play a key role in ensuring that any sale of oil from Russia is kept below the mandated price.

Alongside a newly announced EU ban on seaborne imports of Russian oil, the price cap will, in theory, limit the amount of revenue Russia can generate from the sale of oil to countries that have not imposed a ban.

What’s the reason behind the price cap?

Western countries have slapped the price cap on Russian oil in pursuit of a balance between two goals: curtailing the oil funds that drive Russia’s war effort while allowing the country to continue selling oil in order to preserve global supply and avert a far-reaching price shock.

The price cap was set at $60 per barrel after months of contentious negotiations between Western allies, some of whom wanted a much lower cap in hope of severely undermining Russia’s war aims while others wanted a higher cap that would keep oil flowing and prices low.

“It’s very delicate,” Ramanan Krishnamoorti, a professor of petroleum engineering at the University of Houston, told ABC News. “The sale of crude is funding the war. They’re really trying to take out that economic engine.”

“But if you cut the price too low, Russia has no reason to produce. It says, ‘I’ll shut it down and hurt all of you in ways that will hurt the global economy,” he added.

How will Russia respond to the price cap?

A Russian government official sharply criticized the price cap on Sunday, saying the company would halt oil sales to any country that supports the measure.

“They can make politically motivated anti-market decisions putting at risk stability of the oil market,” he said. “Russia has the right to react accordingly.”

Russia will likely seek to undermine and circumvent the price cap by using insurance and shipping companies that operate outside the purview of the ban, David Doherty, an analyst who tracks the oil industry at BloombergNEF, told ABC News.

Such a response would preserve the current level of Russian oil sales and avert disruption of global supply, leaving oil and gasoline prices largely unchanged, he added.

“You’ll see a status quo where China and India continue to take Russian barrels, using ships that are non-EU and insurance that’s non-EU,” he said.

What does the price cap mean for gas prices in the US?

Still, some analysts said the EU ban and price cap would curtail global oil supply and ultimately drive U.S. gasoline prices upward. Even if Russia evades some enforcement of the ban, they will struggle to sustain their current output or intentionally cut exports, they said.

“There is going to be a shortening of supply and therefore a price increase for crude oil and that will get reflected in an increased price at the gas pump for all of us,” said Krishnamoorti, of the University of Houston.

The Western moves will result in an increase in U.S. gasoline prices of between 5% to 10% over the next three weeks, Krishnamoorti estimated.

Global oil prices face other headwinds like an OPEC Plus decision to preserve output at current levels that could further strain supply as well as the potential lifting of COVID lockdowns in China that may boost demand.

Taken together, these factors could send U.S. gasoline prices up as much as 25% over the next three weeks, Krishnamoorti warned.

However, other analysts said that the impact of the cap on Russian oil prices could be minimal or nonexistent, cautioning that it remains too early to tell how U.S. gas prices will respond.

“Consumers don’t necessarily need to be worried about an imminent shockwave,” Patrick de Haan, the head of petroleum analysis at GasBuddy, told ABC News. “There are thousands of potential outcomes.”