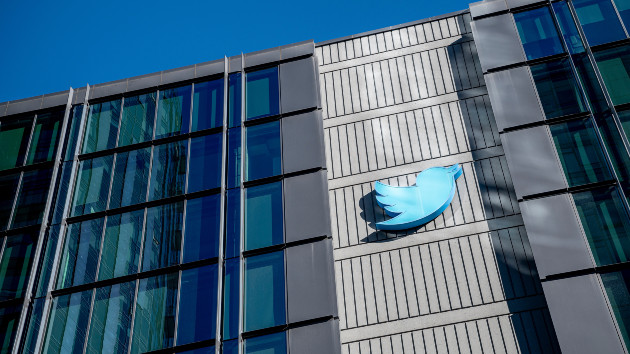 (NEW YORK) — Elon Musk earlier this month pledged to step down as the head of Twitter as soon as he finds someone “foolish enough to take the job.”

Musk’s tentative resignation followed a Twitter poll posted by the billionaire entrepreneur in which 57.5% of respondents called on Musk to stop leading the company. Musk said he will retain control over the software and server departments, important teams that will grant him significant control over how the social media platform operates.

It remains possible that Musk may reverse his decision to step down, since he has changed his mind about previous policy decisions at Twitter, such as a proposed content moderation council, which he ultimately abandoned.

He hasn’t shared further details on the search for a successor or the traits he’s looking for in one, but that ambiguity hasn’t stopped some candidates from putting their names forward, including rapper Snoop Dogg and YouTube personality Mr. Beast.

Still, a set of viable candidates will likely emerge in the coming weeks or months.

The position brings formidable challenges. ​​Musk, who admitted he overpaid for the platform at the purchasing price of $44 billion, said last month that the company was losing $4 million a day.

Since Musk retains a major public profile and ultimate authority as owner, the incoming CEO will need to implement Musk’s vision and cede the spotlight, Peter Harms, a professor of management at the University of Alabama who has studied corporate leadership, told ABC News.

“It’s not going to be your typical CEO,” Harms said.

The next CEO of Twitter is perhaps most likely to come from a group of people close to Musk, whether inside or outside the company.

Jason Calacanis, a friend and public supporter of Musk, carries years of experience in tech and media. A former general manager at Netscape, Calacanis now works as an angel investor with stakes in Robinhood and Uber, among other startup successes.

Another friend of Musk’s, David Sacks, is co-founder and partner at a venture capital firm called Craft, which boasts investments in Lyft, Palantir, Slack and Twitter.

Earlier this month, Calacanis tweeted a poll asking users whether he, Sacks, or a partnership of the two should run Twitter after Musk. The response that garnered the most support was “Other,” which drew 39% of the vote.

A couple of other individuals in Musk’s orbit have drawn attention since his resignation announcement: Sriram Krishnan, a former Twitter employee brought back by Musk in October to help make improvements; and Steve Davis, the CEO of another Musk venture called The Boring Company, who reportedly slept at Twitter headquarters with his wife and newborn to help out with the acquisition, business publication The Information reported.

Amid the flurry of half-joking celebrity requests asking to lead Twitter, an experienced candidate volunteered himself for the position: John Legere, former CEO of telecom company T-Mobile.

Legere, who led T-Mobile from 2012 to 2020, drew plaudits for rescuing T-Mobile from difficult times and making it the third-largest mobile carrier in the U.S.

“I’m expensive but so is what you paid for Twitter,” he added.

Jeffrey Sonnenfeld, a professor of management at Yale University who convenes gatherings of top CEOs, told ABC News that Legere’s skills match the job, since he knows how to resurrect a well-established company.

Legere “could parachute in tomorrow and make it a lot better,” Sonnenfeld said. “This is a turnaround, a recovery, not an entrepreneurial start up.”

For his part, Musk appeared to rebuke Legere’s candidacy. In response to Legere’s post suggesting he lead the company, Musk simply tweeted, “no.” However, Musk has reversed his position on major decisions before, including the acquisition of Twitter.

Another potential candidate to run Twitter is former CEO Jack Dorsey, a friend of Musk’s who departed the company and returned to lead it on a previous occasion.

Dorsey, who helped found the social media company, posted the platform’s first tweet in 2006 and was named CEO a year later. However, his tenure only lasted until 2008. Years later, however, as user growth plateaued and employee morale flagged, Dorsey came back to lead the company from 2015 to 2021.

Currently, Dorsey runs Block, a fintech company formerly called Square, which he co-founded more than a decade ago.

The return of a former Twitter CEO, like Dorsey, may be unlikely, since Musk has reversed some of the company’s previous policies and sharply criticized others. The company’s decision to ban former President Donald Trump after the Jan. 6 attack, one of the most high-profile choices made under Dorsey, was undone by Musk last month.

Further, Musk has granted journalists access to internal company documents for a series of stories called the “Twitter Files,” in which they allege bias and censorship previously undertaken by the platform.

Meanwhile, Dorsey said in May that he does not want the role of CEO. When a user predicted that Musk would ultimately appoint Dorsey as CEO, Dorsey replied, “Nah I’ll never be CEO again.”

Few potential candidates boast the qualifications of Sheryl Sandberg, who stepped down as chief operating officer at Facebook-parent Meta in September.

Facing a pause in advertising from major brands, Sandberg could restore the platform’s credibility on Madison Avenue and ensure that the company optimizes revenue through other means.

Sandberg, who joined Meta in 2008, led a dramatic increase in Facebook’s revenue by revamping its advertising business, turning the operation into an industry powerhouse that helped small and large businesses target users through data collected by the platform. Before that, she served as vice president of global online sales and operations at Google.

She worked closely with Meta Founder and CEO Mark Zuckerberg for nearly 15 years, navigating a relationship with a higher-ranking, tech-focused executive that bears resemblance to the possible dynamic between an incoming Twitter CEO and Musk.

But the sources of potential tension between Musk and Sandberg are manifold. Sandberg holds a significant public profile of her own, built in part on Lean In, a 2013 book that encouraged women to be assertive in the workplace. A powerful CEO, as Sandberg would likely be, could face disputes with Musk over the direction of the company.

Musk and Sandberg could also clash over their political views, especially as content moderation remains a polarizing issue. Sandberg was a major donor to Democratic nominee Hillary Clinton’s 2016 presidential campaign. By contrast, Musk last month encouraged Americans to vote for Republicans ahead of the midterm elections.