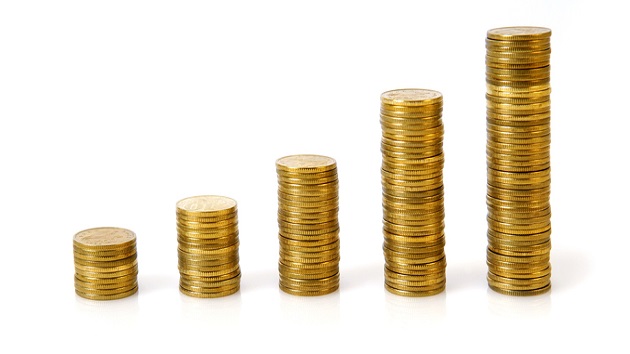 (NEW YORK) — In the exploding realm of cryptocurrencies, a new line of financial products has emerged that has caught the attention of both investors and regulators — so-called “stablecoins,” which are backed by cash or another reserve asset.

Stablecoins seek to provide the best of both worlds: the stability of a traditional government-backed currency as well as the privacy and convenience offered by crypto transactions. They are often marketed towards investors who may not have the stomach for the volatility associated with Bitcoin, Ethereum and other popular cryptos — which have been known to see-saw widely in value on a day-to-day basis.

The existing stablecoins market is worth some $113 billion, U.S. Securities and Exchange Commission Chair Gary Gensler said earlier this month during a speech at the Aspen Security Forum. He added that in July, nearly three-quarters of trading on all crypto trading platforms occurred between a stablecoin and some other token.

Even social media behemoth Facebook is trying to get in on the action, seeking to launch a stablecoin-like project of its own of its own after its initial Libra cryptocurrency efforts fizzled.

As their popularity rises, stablecoins have also recently drawn new scrutiny from authorities and regulators. Federal Reserve officials mulled over the threats posed by “new financial arrangements such as stablecoins” in a recent meeting, according to a readout released earlier this week, raising concerns over the lack of transparency and regulations.

Here is what experts say investors should know about the novel class of cryptos dominating headlines in recent weeks.

What are stablecoins?
Stablecoins are essentially cryptocurrencies that are backed by a reserve asset — usually a traditional currency such as the U.S. dollar. The valuations of stablecoins are therefore supposed to be less volatile than other digital currencies, because they are pegged directly to a fixed, non-virtual currency.

“Think of stablecoin as a cryptocurrency without, or with limited, volatility. That is the best way to think about it,” Haran Segram, a professor of finance at New York University’s Stern School of Business, told ABC News, adding they are sometimes looked at as “the bridge between fiat currencies and cryptocurrencies.” Fiat currencies are traditional currencies like the dollar, backed by the government.

“Stablecoins are backed by other central bank currencies,” Segram explained.

Bryan Routledge, an associate professor of finance at Carnegie Mellon University’s Tepper School of Business, added that this makes stablecoins more useful as an everyday currency.

‘It’s a stablecoin because they call it a stablecoin’
While this may sound like an overall positive development for everyday investors interested in crypto, experts and authorities have warned of lurking risks associated with the largely unchecked stablecoin market.

Segram noted that one of the most popular stablecoins out there is Tether, which claims to be backed one-to-one to the U.S. dollar.

“The issue with that is some research was done into that, and then actually they found that one unit of that stablecoin is backed by .74 of the U.S. dollar,” Segram said. “So things like that, what people put out saying it’s a stablecoin, it might not be truly a stablecoin.”

“That’s something that investors and your audience should be aware of,” he told ABC News. “Because people don’t know exactly what’s happening in the background, and I would really encourage your readers to be aware of that.”

New York Attorney General Letitia James’ office led an investigation into Tether that said there were periods of time when Tether did not have access to banking and “held no reserves to back tethers in circulation at the rate of one dollar for every tether, contrary to its representations.” As part of a settlement reached with James’ office, Tether is barred from doing business with New Yorkers but admitted no wrongdoing and pledged increased transparency. The Hong Kong-based entity still maintains on its website, however, that Tether tokens are “100% backed by Tether’s reserves” at a conversion rate of one Tether token equaling one U.S. dollar.

“Under the terms of the settlement, we admit no wrongdoing,” Tether said in a statement on its website in response to the investigation. “The settlement amount we have agreed to pay to the Attorney General’s Office should be viewed as a measure of our desire to put this matter behind us and focus on our business.” The company added that it is pleased by the “loyalty” customers have shown, saying that the market capitalization of tethers grew from $2 billion to an excess of $34 billion during the past two years, while the investigation was ongoing.

“Tether is complicated because it’s an international business,” Routledge added in regards to who regulates it. “Cryptocurrencies, one of their either charms or weak points, is they don’t sort of fall under anybody’s direct jurisdiction.”

Despite assurances of cash reserves, there is a risk that some stablecoins might operate under the assumption that the likelihood of having to liquidate all at once is slim if confidence remains high.

“If everybody thinks Tether is going to be a stablecoin, it will work as a stablecoin and the few people that need to exchange it at the ‘Tether store,’ to be colloquial, would do that,” he said. “The trouble with that policy is that you can get what the foreign exchange economists would call like a speculative attack, which is that we don’t think Tether has enough money, and I think everybody thinks that, they’re all going to show up and demand those currencies — It’s a bit like a run on the bank.”

“That’s what makes it really hard to stabilize, because your credibility as a stablecoin is the thing that makes it stable, and that’s inherently flighty,” he said.

Why the Fed and Yellen are so concerned about stablecoins
Yellen’s calls for quick action on creating regulatory frameworks for stablecoins have been echoed by other lawmakers.

Stablecoins were also recently debated by Fed officials, who “highlighted the fragility and the general lack of transparency associated with stablecoins,” at their most recent Federal Open Market Committee meeting. “The importance of monitoring them closely, and the need to develop an appropriate regulatory framework to address any risks to financial stability associated with such products.”

Segram said that while stablecoins can “regulate themselves to some extent by being transparent with the public, I think Yellen is calling for more top-down regulations rather than let it be voluntary.”

This could mean having the reserve currency kept somewhere independent, or having claims be regularly audited, he added.

Segram added that the Fed, meanwhile, might have other concerns around stablecoins’ growth.

“If stablecoins become popular, the central bank loses its control,” Segram said, noting that there have been discussions of stablecoin-like “Central Bank Digital Currency” to be issued by the Federal Reserve.

A Central Bank Digital Currency would give the Fed more control “over how we manage demand, supply and all other means,” Segram said.

Routledge added that the Fed may also have worries about a “banking panic” situation if a lot of assets are flowing through a specific stablecoin.

“If for whatever reason that stablecoin has a shock to it — that can be a systemic event to the financial system,” he added. “That is what’s on the Fed’s radar.”

SEC Chair Gensler, meanwhile, signaled a regulation crackdown could be looming during his remarks earlier this month in Aspen.

Gensler said the use of stablecoins on crypto trading platforms “may facilitate those seeking to sidestep a host of public policy goals connected to our traditional banking and financial system: anti-money laundering, tax compliance, sanctions, and the like.”

“This affects our national security, too,” he added. Gensler said he looks forward to working with regulators and lawmakers on these matters.

Despite the risks, Segram sees cryptocurrencies as the future, which may be in part why regulators are raising alarm bells and why there is so much discussion over a potential central bank digital currency. Major U.S. companies including Amazon and Walmart have recently announced they are hiring cryptocurrency experts, and a growing number of firms have started accepting cryptos as a form of payment.

China’s central bank has already launched its digital Yuan, he added, saying that the U.S. most likely will at some point in if it does not want to lose its status as the “reserve currency of the world.”

“If a stablecoin is issued by a private authority, it is not 100% fail-proof,” he said. “In a democracy like ours, or other democracies where there’s some political stability and currency stability, a central bank digital currency might be the way to go.”

“I think of stablecoin sort of as a link between fiat currencies and cryptocurrencies, this takes that to another level,” he said.