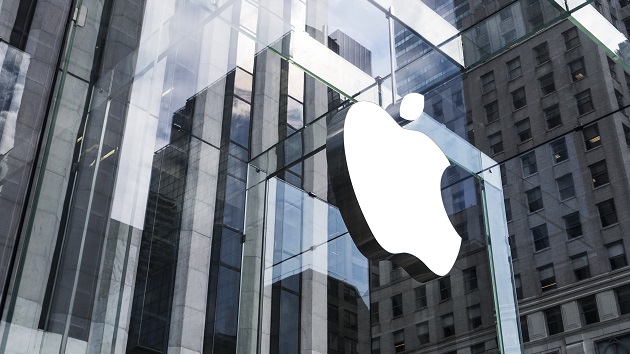 (NEW YORK) — Apple has rolled out its long-awaited privacy update that requires apps to obtain a user’s permission before tracking their data, a significant change that has drawn ire from Facebook.

The App Tracking Transparency feature was included in iOS 14.5, the latest software update for the iPhone that was released on Monday.

“It’s a feature that gives you a choice, a choice on how apps use and share your data,” the company said in a video explainer released Monday. “Data like your age, location, health information, spending habits and your browsing history to name a few.”

The company added that some apps “have trackers embedded in them that are taking more data than they need and sharing it with third parties like advertisers and data brokers.”

Apple said this has been happening without users’ knowledge or permission, making users become the product as their information is sold. The company said the new update will now let users decide if they want to share their data or not.

While some digital rights groups have welcomed the update, which had been delayed for months, it has sparked a feud with social media behemoth Facebook.

Facebook has argued that the update will hamper the ability and reach of businesses to use targeted ads.

“Apple has every incentive to use their dominant platform position to interfere with how our apps and other apps work, which they regularly do to preference their own,” Facebook chief executive Mark Zuckerberg said during the company’s 2020 Q4 earnings call in January, according to a company transcript.

Zuckerberg added at the time that with the upcoming iOS14 changes, “Many small businesses will no longer be able to reach their customers with targeted ads.”

“Apple may say that they’re doing this to help people, but the moves clearly track their competitive interests,” he said. “I think this dynamic is important for people to understand because we and others are going to be up against this for the foreseeable future.”

Last December, Facebook bought full-page ads in the New York Times and other publications bashing the update’s impact on targeted advertising at the defense of “small businesses.”