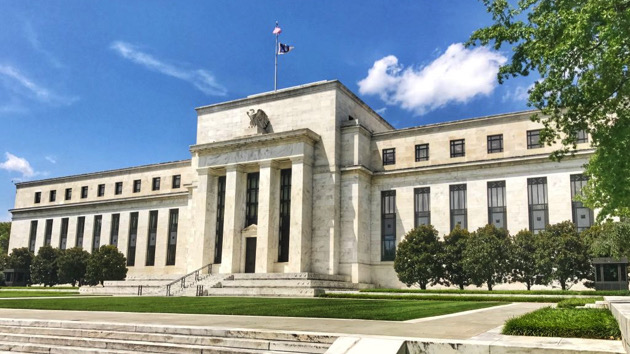 (NEW YORK) — The Federal Reserve on Wednesday dramatically escalated its fight to dial back historic inflation, raising its benchmark interest rate by 0.75%, the largest rate hike since 1994. The move offers hope that sky-high prices for essentials like fuel and groceries will eventually come down.

The decision will impact the average American and the economy as a whole in profound and largely negative ways, experts told ABC News.

An increase to the benchmark interest rate raises borrowing costs for consumers and businesses, which in theory should slash inflation by slowing the economy and eating away at demand. That means borrowers will likely soon face higher costs for everything from car loans to credit card debt to mortgages, the experts said.

Plus, the rate hike could exacerbate the ongoing stock market decline — a fear validated by early trading on Thursday as all three major stock indexes fell at least 2%. A sustained further decline would hammer portfolios, including 401(k)s that are often pegged to the S&P 500.

On top of that, the strategy all but guarantees an economic slowdown and risks tipping the economy into a recession, the experts added. The hot job market will likely cool, leading to fewer openings for job seekers, slower wage growth and possible layoffs, they said.

What the rate hike means for you

In general, an interest rate hike makes borrowing more expensive. So any purchase that requires a loan — for a home, car, or higher education — could be affected. Credit card rates are also highly sensitive to Federal Reserve moves, so card holders should expect higher payments in the coming months.

Purchasing a home, for example, will likely involve higher mortgage rates. Since mid-March, when the Fed instituted its first rate hike of the year, the average 30-year fixed mortgage has jumped from 4.45% to 6.03%, according to Mortgage News Daily.

That rate could reach as high as 7% or 8%, Derek Horstmeyer, a finance professor at George Mason University’s School of Business, told ABC News. Each single percentage point increase in a mortgage rate can add thousands or tens of thousands in additional cost each year, depending on the price of the house, according to Rocket Mortgage.

“Any sort of asset that you need to borrow money to acquire,” Horstmeyer said. “Will be much more expensive.”

Alongside the heightened cost of loans, investors will face the prospect of a further downturn in the markets for assets like stocks and cryptocurrency. As economic prospects dim and companies face higher borrowing costs themselves, traders may turn elsewhere for safer investments. In addition, the excess income that some put into the stock market during the pandemic will likely be harder to come by.

But economists disagree about how much of the market downturn so far this year has come in anticipation of further hikes from the Fed.

Since many investors already expected rate hikes like the 0.75% increase on Wednesday, the strategy at the Fed may have little effect on the market. But a further market downturn would move stock portfolios, 401(k)s, and likely cryptocurrency holdings even lower, and could delay an eventual market recovery.

The S&P 500 fell deeper into bear market territory in early trading on Thursday, and the tech-heavy Nasdaq Composite is down more than 30% since its last all-time high.

“A lot of the drop is priced in already,” said Horstmeyer, the finance professor, before the stock market fell early on Thursday. “Maybe 5% more to go but knock on wood we don’t go much lower than that.”

What the rate hike means for the economy

By design, the rate hike intends to slow the economy, which should cut demand for goods and labor and in turn reduce inflation.

As people face higher borrowing costs, their spending will decrease and businesses will see revenue decline. When business performance slows, companies will freeze hiring or even impose layoffs, which will loosen demand for workers and slow wage growth, experts said. In turn, people will have even less money to spend, reinforcing the economic slowdown.

Eventually, the slowdown should ease inflation, providing relief for households struggling to afford gas, groceries, and other necessities.

“At this point, a hard landing is unavoidable,” Eric Sims, a professor of economics at the University of Notre Dame, told ABC News. “There will be some short-term pain.”

But the most recent rate hike — and the additional ones signaled by the Fed on Wednesday — should eventually restore the economy to a healthy rate of inflation, said Jeremy Siegel, a professor emeritus of finance at the University of Pennsylvania’s Wharton School of Business. The central bank’s target inflation rate is 2%, well below the rate of 8.6% recorded in May.

“You need medicine to cure inflation,” Siegel said. “The sooner you give the medicine, the quicker the patient will recover.”

But the strategy of rate hikes risks slowing down the economy so much that it brings about a recession, the experts said. A recession, however, would likely be mild, they said.

And the upcoming months are crucial in determining whether the economy tips into a recession, said Zandi, the chief economist at Moody’s Analytics.

“All the negatives for the economy are at their apex right now,” he said.

“If we can weather this immediate storm of high interest rates, high inflation and slowing growth, I think we’ll make our way through without a recession,” he added.