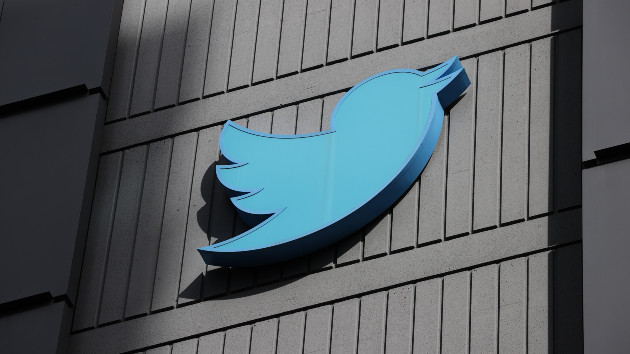 The acquisition, meanwhile, has sent the company into flux. Musk removed top executives, including CEO Parag Agrawal, and announced the formation of a “content moderation council” that will review company policies, including the status of suspended users like former President Donald Trump.

Policy changes at Twitter — or the mere presence of Musk atop the company — could adversely affect election integrity and fuel a rise of hate speech and misinformation, a number of experts told ABC News. The leadership shift will also draw heightened attention to comments on the platform made by Musk, who has shown a willingness to post inflammatory or misleading content, they added.

With such a short stretch of time before the election on Nov. 8, some experts downplayed the possibility of an impact that could swing outcomes or meaningfully impact the election process.

“A lot of people have this quaint idea that the digital town square is all these individuals talking to each other,” Eddie Perez, a former product director for civic integrity at Twitter, told ABC News.

“People need to realize that this is effectively an information warfare battlefield where there are coordinated groups trying to take specific intentional actions to distort the information environment,” he added.

Here’s what Elon Musk’s takeover could mean for Twitter’s impact on the midterm elections:

Musk, an avowed proponent of free speech, spoke in recent months of a desire to permit nearly all legal forms of speech and allow the return of suspended users like Trump. Such moves could dramatically alter the discourse on Twitter, experts previously told ABC News.

Lately, however, Musk has walked back some of those comments. In a public letter to Twitter advertisers last week, Musk said the platform “must be warm and welcoming to all.” Soon after the acquisition, Musk announced that no major decisions on policing of the site would be made until the formation of a content moderation council.

Still, the use of some derogatory language on the platform spiked after Musk took the helm. Over a 12-hour period after the acquisition, use of the n-word increased nearly 500% from the previous average, according to the Network Contagion Research Institute.

“There wasn’t an official change of policy when Musk signed papers that made him owner but there was a discernible increase in extreme expression on the platform,” Paul Barrett, a professor at New York University Law School and deputy director of the NYU Stern Center for Business and Human Rights, told ABC News.

Perez, the former Twitter employee and a board member at the OSET Institute, a nonpartisan nonprofit focused on election security and integrity, echoed that sentiment: “It doesn’t take changing the rules literally to result in adverse impact,” he said.

In the final days of a political race, harmful posts may include false information about election logistics, such as deadlines for returning ballots or where to vote, Perez added.

“Historically, there have been areas where people can sew misinformation and that can have a suppressive effect on the vote,” he said.

Election integrity and content policing at the platform could also weaken due to the potential loss of some employees charged with monitoring those issues, experts said.

Close allies of Musk spent the weekend drawing up plans to impose widespread layoffs at the company, The Washington Post reported. Those cuts could eventually impact as much as 75% of company staff, a previous Post report said. Recently, Musk said he will not lay off 75% of staff, Bloomberg reported.

The urgency owes in part to a deadline on Tuesday, when employees will receive extra compensation tied to stock grants.

While details of the potential layoffs remain limited, the move could compromise the platform’s capacity to police false or harmful content, with ramifications that extend to social issues like election integrity, experts told ABC News.

“If he lays off half the employees, that’s going to obviously affect the operation of the company,” said Barrett. “If he’s laying off a lot of those people in the trust and security area, that’s going to be a big problem.”

Dam Hee Kim, a professor of communication at University of Arizona who studies social media platforms, said the firing of executives and employees could expose the lack of experience in the industry for Musk, who currently runs Tesla and SpaceX.

“It is a bit concerning considering that it is his very first time running a social media service,” Kim told ABC News.

Another source of impact on the midterms stems from posts made by Musk, which will garner additional attention after the acquisition and could set a tone for droves of users, experts said.

“There will be intense focus and attention directed toward what he says and does in the coming weeks and months,” Barrett said. “There’s little doubt about that.”

Musk, who boasts more than 112 million Twitter followers, often posts multiple times per day on subjects that span business, politics and personal hobbies. Sometimes, the posts pertain to highly charged political topics such as the Ukraine-Russia war and Taiwan’s sovereignty.

On Sunday, Musk posted a tweet that pushed false claims about the recent attack on Paul Pelosi, the husband of House Speaker Nancy Pelosi.

The tweet from Musk came in response to a post from former Secretary of State Hillary Clinton, who sharply criticized Republicans for forwarding “hate and deranged conspiracy theories” that she said leads to violent attacks like the one on Paul Pelosi.

In response to Clinton’s tweet, Musk said, “There is a tiny possibility there might be more to this story than meets the eye” and included a link to an article in the Santa Monica Observer that featured false theories about the attack.

Before its removal, the inflammatory tweet from Musk had stoked conspiracy theories, Perez said.

“Musk is the leader of the social media platform,” Perez said. “We saw him personally spreading misinformation about the attack at Nancy Pelosi’s household, which is pretty dramatic.”