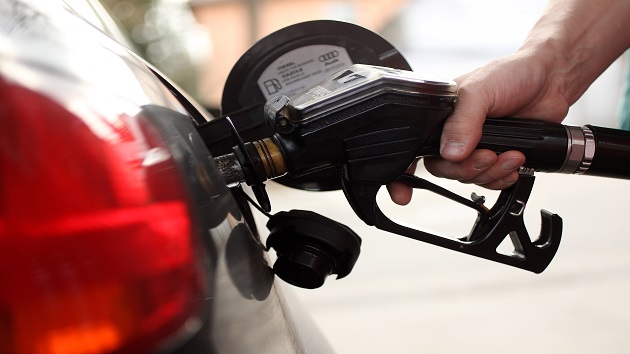 (NEW YORK) — Inflation in the U.S. rose 8.5% in March, compared with the prior 12 months, marking the highest increase since 1981, according to the Labor Department’s Consumer Price Index.

Between February and March, inflation rose 1.2%, making for the biggest month-to-month jump since 2005.

According to several economists and other financial experts, high consumer demand in the economy — met with low supply — is the main factor driving inflation. The war in Ukraine is also driving up prices, specifically on oil and food, they said.

And the government is limited on intervening, according to experts who spoke with ABC News.

Experts also told ABC News that inflation is likely to be an issue in the coming months, one even saying they expect it to last for years.

Consumers traditionally spend the bulk of their money on services, but during the pandemic, demand shifted toward goods, Stacy Tisdale, financial journalist and founder of Mind Money Media told ABC News.

“You saw that breakdown, you saw manufacturers not be able to keep up with that demand, you saw the challenges that manufacturers were having, because of COVID, then you saw the supply chain disruptions. And that’s kind of what’s underpinning all of this,” Tisdale said.

“The biggest factor driving up inflation has been extraordinarily strong demand, as consumers have more money in their bank accounts, lower interest rates to borrow at stronger stock prices and a lot of money they saved up because they didn’t spend much in 2020,” Jason Furman, a professor of practice at Harvard and a former top economic advisor to President Barack Obama who served as a chief economist and member of the cabinet, said.

“That’s been exacerbated more recently by things like the higher oil prices due to [Russian President Vladimir] Putin’s invasion of Ukraine,” Furman added.

“We pumped a lot of demand into the economy, particularly the American Rescue Plan in early 2021, giving everybody $1,400,” said David Wessel, the director of the Hutchins Center on Fiscal and Monetary Policy at Brookings.

“And with the benefit of hindsight, we probably put too much money in people’s pockets — they want to spend it, but the supply side of the economy is unable to accommodate the rapid increase in demand that comes both from the fiscal stimulus and from the fact that people are beginning to relax about the pandemic,” Wessel said.

Furman said inflation in the U.S. is worse than in other developed nations, in part, because of stimulus funds from the government.

“The United States has more inflation than any other major advanced economy. Probably because we’ve had a larger fiscal response. No other countries sent out checks on the scale that we did,” Furman said.

Other experts agree that stimulus payments contributed to inflation, but say the mass distributed payouts are not the cause. The government handed out three rounds of checks to Americans during the pandemic as financial relief, in hopes of boosting the economy.

“You could certainly make the case … that the stimulus package definitely contributed to the inflation rate, but you didn’t have big stimulus packages in Europe. And they’re still looking at 7.5% inflation,” Dean Baker, a senior economist and co-founder of the Center for Economic and Policy Research, told ABC News.

The Russian invasion of Ukraine is driving gas prices “through the roof” and creating concerns about crops coming out of Ukraine, which is a major global exporter of wheat, Baker said.

“There’s real concerns that a lot of that isn’t going to be planted or isn’t able to be exported. And we’ve seen a big rise in the price of wheat, a number of other farm commodities in the last two months or so since the war,” Baker said.

What the government can do

With increased consumer demand being the main driver of inflation, experts said there is not much the government can do to fight inflation, but they agree that the Federal Reserve should raise interest rates.

“The main thing is for the Fed to raise interest rates, and to start selling off assets. The goal of that is to make it more expensive to borrow money to buy a house or to buy a car, or for a business to buy plants and equipment. And that will cool off demand in the economy, slow economic growth and slow inflation,” Furman said.

“How much it does any of those is incredibly uncertain,” he added.

Baker agreed and said that “having a zero interest didn’t make sense given the strength of the labor market.”

To help bring down oil prices, Baker said if the government commits to supporting the oil market to some effect, it could encourage oil companies, who were burned by the 2014 collapse of oil prices, to drive up production faster.

“That’s fresh enough in people’s minds that they’re reluctant to go headfirst into drilling. So one way to try to counter that is the Biden administration … could make a commitment that they’ll support the market,” Baker said.

Such a commitment could be that if oil prices fall below a certain amount, the government would buy barrels to restock the strategic reserve, and therefore support oil prices, Baker said.

Wessel suggested that the Biden administration could also repeal Trump-era tariffs, which could drive down the price of imports; raise taxes; or cut spending to drive demand out of the economy.

What is to come?

Inflation could remain an issue for the coming months, but experts disagree on how long it could last.

“I saw some signs in the [Consumer Price Index] that suggests that we may be past the worse, but I expect inflation to be high at least for another 18 to 24 months,” Wessel said.

Furman said that inflation could last for years.

“Some of the inflation is probably transitory. I don’t think the underlying true inflation rate in the economy is 8%. But it probably isn’t 2%, either. And so inflation should start to come down a bit, but it’s unlikely to come anywhere near where the Fed wants it to come,” Furman said.

“It easily could remain high for years to come. We could get lucky and it could just all magically disappear. [Or] we could have a recession, which could make it disappear. I think the most likely scenario though, is that it persists for several years,” Furman said.

“People should be planning for interest rates going higher, so things like mortgages and car loans getting more expensive. They should plan on prices staying high. They should, though, understand that it’s still a very, very strong labor market. So there’s a lot of job options out there,” Furman said.