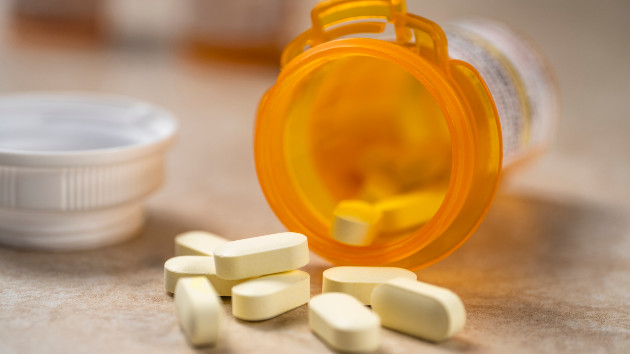 (WASHINGTON) — Senate Democrats are calling on a government watchdog to investigate McKinsey & Company over claims that the consulting giant skirted federal conflict-of-interest rules, a sign of growing concern on Capitol Hill that lucrative government contracts are being doled out to firms with dual loyalties.

In a letter to the Department of Health and Human Service inspector general, who has jurisdiction over the Food and Drug Administration, lawmakers encouraged investigators to probe McKinsey’s alleged “failure … to disclose potential conflicts of interest when [it] entered into contracts with the FDA on issues related to opioids, while simultaneously working for numerous opioid companies.”

Representatives for McKinsey have denied any wrongdoing.

“It is heartbreaking how many Granite Staters and Americans experience substance use issues that began with an OxyContin prescription from their doctor,” Sen. Maggie Hassan, one of the Senate Democrats calling for the investigation into McKinsey’s alleged potential conflict-of-interest issues, told ABC News in a statement.

“We know that McKinsey worked with Purdue Pharma to ‘turbocharge’ sales of OxyContin, and it is deeply troubling that McKinsey was getting paid by opioid manufacturers such as Purdue Pharma at the same time it was working for the FDA,” Hassan wrote. “We must get to the bottom of these reports and understand the full scope of McKinsey’s involvement in fueling this crisis, as well as discover what more the FDA needs to do to avoid future conflicts of interest.”

McKinsey, one of the world’s most influential consulting companies, maintained that its past work was lawful and denied allegations to the contrary as last year it settled with nearly 50 states, territories and the District of Columbia for nearly $600 million after investigations into its role in helping fuel the nation’s opioid pandemic.

“We deeply regret that we did not adequately acknowledge the tragic consequences of the epidemic in our communities,” Kevin Sneader, the firm’s global managing partner, said in a statement. “With this agreement, we hope to be part of the solution to the opioid crisis in the U.S.”

McKinsey has faced scrutiny in recent years for allegedly accepting work from U.S. government agencies without disclosing potential conflicts of interest from the private sector or foreign governments.

Over the past decade, McKinsey has worked closely with the Center for Drug Evaluation and Research, the FDA’s principal division for approving new drugs — including opioids — on a wide range of projects, from overhauling drug-approval processes to implementing new tools for monitoring the pharmaceutical industry, federal contracting records and past media reports show. At the same time, the firm has been allegedly advising numerous major corporate pharmaceutical clients, including helping opioid makers fend off and water down FDA regulations, multiple news outlets have reported.

According to a ProPublica report, McKinsey allegedly failed to disclose to the FDA its list of corporate pharmaceutical clients and potential conflicts of interest even though it was obligated to do so under its contracts with the agency.

McKinsey spokesperson Neil Grace told ABC News that the company’s consulting work for pharmaceutical firms “did not create a conflict of interest” regarding its work with the FDA, because it “has not advised the FDA on regulatory policy or on specific pharmaceutical products.”

Instead, said Grace, McKinsey’s work with the FDA “focused on administrative and operational topics, including improvements to organizational structures, business processes and technology.”

“Given the absence of a conflict of interest, there was no requirement for any McKinsey disclosure,” Grace said. “That said, McKinsey’s proposals to the FDA frequently mentioned the company’s and personnel’s experience with the pharmaceutical industry, making the FDA aware of this aspect of McKinsey’s work in the field.”

McKinsey has faced similar scrutiny over its work for the Defense Department, for allegedly not disclosing its potential conflicts of interest while advising Chinese state companies at the same time, NBC News has reported. Grace told NBC News at the time that the firm follows strict rules and internal firewalls to avoid conflicts of interest and to comply with federal requirements. The spokesperson also said that the firm does not serve any clients in China on topics connected to defense, intelligence, justice or police issues.

In their letter to the HHS inspector general on Tuesday, lawmakers also called into question the FDA’s vetting process, at one point implying that the FDA continued awarding McKinsey contracts even after news reports called attention to its work on behalf of Purdue Pharma and other opioid manufacturers.

“Despite these reports,” the senators wrote, “FDA did not conduct any additional contract reviews or discuss with McKinsey conflicts of interest and the firm’s failure to disclose them in earlier contract applications.”

From early 2019, when the first media reports emerged, until early 2021, McKinsey earned more than $20 million in new contracts from the FDA, including additional work for the Center for Drug Evaluation and Research as well as COVID-19 coordination support work for the Public Health and Social Services Emergency Fund, according to government contracting databases.

The FDA, in response to earlier congressional inquiries regarding McKinsey’s potential conflicts of interest, wrote that it did not conduct additional review over its contracts with the firm even after learning of McKinsey’s work for opioid manufacturers because the firm’s work for the agency was not specifically related to opioids.

On Capitol Hill, members of Congress have increasingly trained their sights on McKinsey and other contractors for allegedly accepting government contracts while pursuing outside business opportunities that may present a conflict of interest.

The bill, called the Preventing Organizational Conflicts of Interest in Federal Acquisition Act, would seek to mitigate conflict-of-interest concerns by forcing contractors to “disclose other parts of their business that conflict with the work they are bidding to perform for the government,” according to Sen. Gary Peters, D-Mich., one of the bill’s cosponsors.

In a press release announcing the legislation, Hassan invoked McKinsey’s handling of its work with the FDA, claiming that it demonstrates “the danger that conflicts of interest can pose in government contracting.”