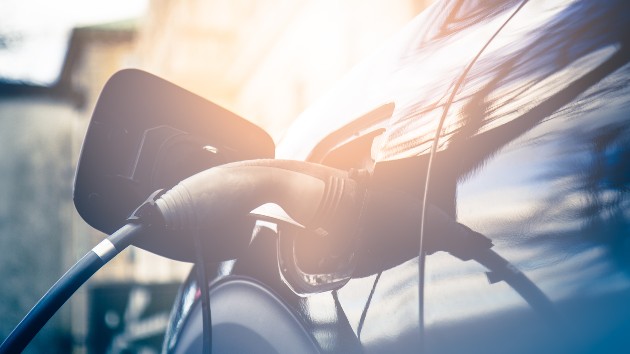 Representatives in both houses of the Legislature introduced a bill last month that would require all new passenger and light-duty vehicles sold or registered in the state be electric, beginning in 2030.

The legislation’s sponsors and proponents contend the measure will push residents, carmakers and businesses to speed up the transition from gas-powered vehicles, including the building of infrastructure to support electric vehicles.

“Clean Cars 2030 will ensure that our policy goals and actions move us rapidly toward a 100 percent clean energy environment and keep pace with what is now a global trend toward vehicle electrification,” State Rep. Nicole Macri, the lead sponsor of the House bill, said in a statement.

Cars powered by hydrogen, emergency vehicles and vehicles weighing more than 10,000 pounds would be exempt under the proposed legislation.

There are currently 6.8 million cars registered in Washington state, and 99% of those are gas powered, according to Coltura, an environmental nonprofit that helped Marci draft the bill. The legislation potentially could affect more than 10 million vehicles between now and 2050, according to Matthew Metz, Coltura’s co-executive director.

“Without the certainty of a close, attainable date, we are likely to approach the transition off gasoline in an unnecessarily slow and haphazard manner, and cause vast amounts of unnecessary carbon release in the process,” he told ABC News.

The bill also would create a commission to help see through the plan, including measures to build charging infrastructure and upgrades to buildings and homes that would allow for charging. The commission may also help create or promote related jobs.

“The way this bill works is, by 2030, if we all go electric, it gets people thinking about it early,” Metz said. “And everyone gets started on working on creating the groundwork for us to reach that goal.”

Last year, California Gov. Gavin Newsom announced a goal of phasing out the sale of new gas cars in 2035, however, no formal regulations or laws have been enacted in that state. General Motors announced last week it would aim to make most of its vehicles electric by 2035.

Metz said Washington aims to set the U.S. standard — and that other states will follow.

“This bill opens for a new path for states to regulating vehicles and shift to an all-electric future,” he said.