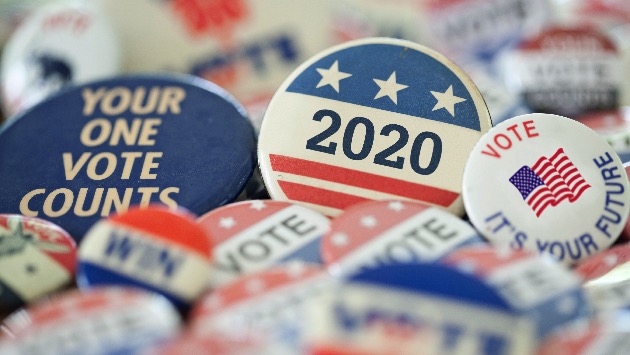 (DENVER) — Dominion Voting Systems on Monday morning filed a $1.3 billion defamation lawsuit against Trump ally Mike Lindell and his company, MyPillow, alleging that the conservative TV commentator helped push false theories about the voting company rigging the 2020 election even though the accusations were widely shown to be false.

“[Lindell] is well aware of the independent audits and paper ballot recounts conclusively disproving the Big Lie,” Dominion states in its 115-page complaint. “But Lindell — a talented salesman and former professional card counter — sells the lie to this day because the lie sells pillows.”

Lindell on Monday morning told ABC News he was “so happy” Dominion had filed its lawsuit against him because it will enable him to demand internal company documents through the legal discovery process.

“This is what I wanted. I’ve been waiting for this. I just called my lawyers, I said finally they’re doing it,” Lindell told ABC News.

Lindell, MyPillow’s founder and CEO, also denied the accusation that he had pushed election fraud claims to benefit his business.

“I’ve lost over twenty retailers because of the cancel culture,” Lindell said. “Because of this, I can’t go on the TV because they’re afraid I’ll say the word ‘corrupt Dominion.’ I’ve lost my company Twitter account, all this money.”

“It would be easy to rack this up as a piece of fiction that is not worth any response,” Dominion legal counsel Megan Meier said of Lindell’s election fraud claims, “but unfortunately, countless people actually believed it and sent MyPillow some of their hard-earned money as a result. Mike Lindell needs to be held accountable for defaming Dominion and undermining the integrity of our electoral system all the while profiting from it.”

The suit is the latest in a series of complaints filed by the Denver-based voting company after it became the center of false conspiracy theories pushed by Donald Trump and many of his closest supporters and allies. Last month, Dominion filed billion-dollar defamation suits against Rudy Giuliani, Trump’s personal attorney, and Sidney Powell, a member of the president’s legal team who was later removed.

“This is the third [lawsuit], and by no means the last,” Dominion CEO John Poulos said in a call with reporters on Monday. “We are busily working on several other cases.”

Last month, after Dominion sent formal letters to conservative media outlets asking them to retract false statements about the company and preserve documents in preparation for “imminent” litigation, outlets including Fox News and Newsmax aired retractions walking back their earlier reports on Dominion.

Others, however, have doubled down on their claims involving Dominion and another election technology company, Smartmatic. In response to the suit filed against him, Giuliani threatened a countersuit against Dominion, claiming in a statement that the suit was “another act of intimidation by the hate-filled left-wing to wipe out and censor the exercise of free speech.”

After Dominion attorneys wrote to Powell last month threatening a suit, she wrote on social media that she would be “retracting nothing We have #evidence They are #fraud masters!”

In its filing on Monday, Dominion noted that it had sent Lindell multiple retraction notices and warnings about his claims, which they say, “caused irreparable harm to Dominion’s good reputation and threatened the safety of our employees and customers.”

“No amount of money can repair the damage that’s been done by these lies, which are easily disproved,” said Poulos in a statement Monday. “Hundreds of documented audits and recounts have proven that Dominion machines accurately counted votes. We look forward to proving these facts in a court of law.”

The company has spent over $500,000 in security for its employees since the election, it said in its complaint.

Lindell confirmed to ABC News last month that he met with then-President Trump a week after the Jan. 6 attack on the Capitol, and presented him with a packet filled with theories regarding election hacking. Lindell, who had previously called for “martial law” in a now-deleted tweet, was photographed outside the Oval Office with a document that appeared to detail a set of possible drastic actions that could be taken in response to Trump’s election loss.

Lindell told ABC News that he had only “glanced at” the document he was pictured with, saying it was provided by an attorney he had hired to investigate allegations of election fraud and that it was only a part of the bigger packet he had brought to the White House.

The complaint filed against Lindell on Monday cited dozens of statements Lindell made about the company and its role in the alleged election fraud on social media and during television appearances and public events.

“Enough. Facts matter. The truth matters,” the complaint states. “Dominion brings this lawsuit so that the truth — including Lindell’s knowing lies and dubious motives — can be proven in a court of law, where rules of evidence apply and where allegations that find favor in the sphere of public gossip and innuendo are not a substitute for proof.”

Southwest Airlines holiday meltdown will cost company up to $825 million