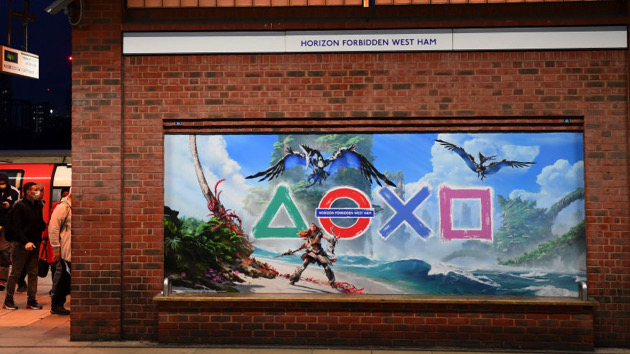 (NEW YORK) — As the effects of climate change prompt more urgency to cut greenhouse gas emissions around the world and reduce energy use, every industry is facing scrutiny about their impact on the climate and the environment.

One study estimated that gaming worldwide used the same amount of energy as 5 million cars. Gaming consoles or computers also contribute to the 50 million tons of electronic waste produced every year, only 20% of which is recycled, according to the UN Environmental Programme.

But video games also have a huge audience of players, fans and commentators around the world. And the United Nations saw an opportunity to reach both the industry and its audience with a message about the importance of combating climate change.

“Three billion people play games. Nearly one person in every two on the planet is either on their phone or on their console at home. So this medium is the most powerful medium in the world. And so we think working with this industry to make a difference can unlock all kinds of different changes in people,” said Sam Barratt, the chief of a unit of the UN Environmental Programme that works to engage young people with environmental issues.

“So, for us, I would say the climate crisis is everyone, everywhere, all at once to try and make a difference, which is why the video gaming industry has to have sleeves up on this, which is what we’re trying to do.”

Barratt said he was inspired to reach out to video game developers after watching how much time his children, especially his 12-year-old son, spent playing games like Minecraft, FIFA, or Roblox.

“He spends a lot of time in games, and it just made me think, how can this medium not just kind of entertain people, but also give them opportunities to make a difference? So, we came up with the idea of Playing 4 The Planet just to explore what was possible in gaming,” Barratt told ABC News.

Since its 2019 launch, Barrett said the Playing 4 The Planet Alliance has worked with over 40 companies and industry groups to set standards to reduce greenhouse gas emissions and plastic pollution. They also use initiatives like their Green Game Jam developer competition to incorporate environmental messages into both small educational games and big-name franchises.

Alenda Chang, an assistant professor of media studies at the University of California, Santa Barbara and author of Playing Nature: Ecology in Video Games, said there’s a lot of potential to use games to change how people think about the environment.

Chang said many video games treat nature as a beautiful backdrop or a source of resources but that the interactive and immersive nature of games could allow players to experiment and learn about humans’ impact on the natural world as a living, breathing ecosystem in a way that sticks with them more than simply hearing or reading about it. She pointed to games like Shelter, where gamers play as a mother badger protecting her cubs, as a way to help gamers empathize with a non-human perspective or games like SimCity that can demonstrate large-scale impacts of human society.

“I think the biggest overall takeaway is that play actually does matter. That play is not a sort of secondary realm that’s frivolous or escapist,” Chang said, adding that’s what many adults are led to believe.

“But as a professor who studies and writes about video games … to me it’s very clear that solutions and sort of collectivization around climate change and other environmental issues are social.”

Sony Interactive Entertainment, the parent company of PlayStation, launched a conservation campaign with one of its biggest game releases of the year, Horizon: Forbidden West. The game revolves around the main character, Aloy, as she tries to save a future Earth from threats like diseased land, enemies including hostile animal-like machines, and worsening storms.

“The game shows they see these post-apocalyptic scenes where nature is taking over. And basically, that narrative really speaks to our world where we all sort of want to make a difference,” Meyers told ABC News.

Sony partnered with the Arbor Day Foundation to plant nearly 300,000 trees in areas impacted by deforestation or wildfires in California, Wisconsin and Florida.

“[PlayStation] met their customers, they met their network where they are, doing what they love to do — playing games. And they found a creative way to engage them and inspire them, to be a part of advancing our common goals of planting trees and doing something great for the planet,” Arbor Day Foundation director Dan Lambe told ABC.

Lambe said that planting trees alone isn’t going to solve the climate crisis but it’s a good place to start.

Meyers said Sony has also set goals to reach a zero-environmental footprint by 2050, including by reducing greenhouse gas emissions in their workplaces and supply chain, eliminating the use of virgin materials and phasing out materials that pose environmental risks.

On Earth Day this year, the UN’s Green Game Jam competition will judge competing games on how well they incorporate these environmental messages. The UN initiative hopes to reach hundreds of millions of gamers through the campaign.

One of the Green Game Jam winners in 2021, Anno 1800, used in-game events where players were forced to clean up pollution from invading armies and challenging players to build a new society without damaging too many natural resources.

The game’s publisher, Ubisoft, also used money from paid content within the game to fund efforts to plant more than 300,000 trees.

“I think overall, maybe in the end, the goal is to see how we can translate online actions into real life benefits for the planet and our communities and our players. And that’s something no other type of media can do,” Ubisoft’s director of Environment and Social Governance, Nicolas Hunsinger, said.